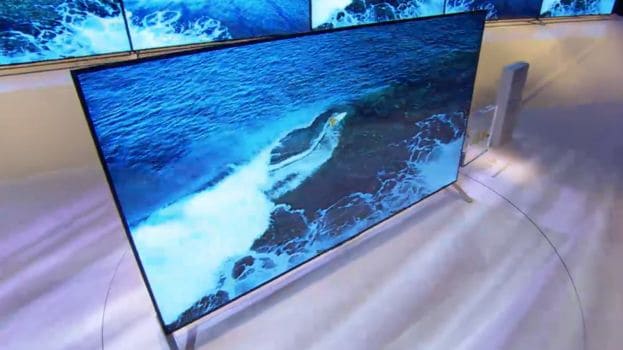 Las Vegas: Sony has added another marvel to its hat at CES 2015 by launching the world’s thinnest 4K Ultra HD LED TV in the XBR X900C Series TV.

The TV is thinner than smartphones such as the iPhone 6 and Sony Xperia Z3, having just 5mm thickness. Also, the TV series feature a new floating style making it Sony’s thinnest TVs yet with edge-to-edge viewing. The TV’s screen has a 3840x2160p (4K) resolution, and includes Sony’s Triluminos display technology.

It will run Google’s Android TV operating system, to stream video, function as a gaming device and provide enhanced features like voice-enabled searching through a remote equipped with a microphone. With access to Google Play, consumers can enjoy what they like to do on a smartphone or tablet, from their television.

With its commitment to offer the best audio experience, Sony India further expanded its noise…