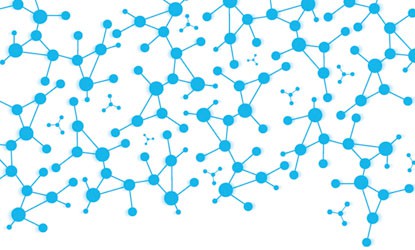 The quality of the spectrum available with both 3G and 4G telcos is one of the main reasons why the industry is integrating small cells in the networks.

Small cells is likely to witness a strong upswing in the coming year with most of the service providers all set to expand 3G and 4G network in the country.

Outdoor small cells equipment revenue will increase at a year-on-year rate of 33 percent to $1.8 bn in 2014, according to ABI Research. The number of LTE small cells is forecast to grow by two times in 2014 and by a similar factor each year through 2019 where the value of LTE small cells will reach more than half of a $10 bn equipment market, says the same research.

This growth is being driven by Asia Pacific region, considering planned 4G deployments in South Korea, Japan, China and India. This region will represent 50 percent of the worldwide small cell equipment market by 2019, according to ABI Research.

“According to many analysts, there will be a growth of about 65% in the small cell market this year which is due to the focus of major telcos and equipment providers to evolve a small cell strategy,” says Amit Marwah, Head of Technologies,  India Region at Nokia Networks.

The biggest driver of anticipated increase in small cells is the ever-increasing demand of mobile data. This is forcing telcos to expand and upgrade networks across the country. A key component of the customer’s demand involves strengthening of signal for in-building access. The service providers have no option but to invest in in-building coverage by deploying small cells.

There are various models of small cells deployment: enterprise, Wi-Fi hotspots and residential. In India, initial deployment is likely to be done for

Wi-Fi off-loading and to create hotspots. The recent Ericsson-Ozone deal points in this direction. Ericsson has recently signed Small Cell as a Service agreement with Ozone Networks, a prominent neutral Wi-Fi provider. The deal envisages that Ericsson will provide Ozone with 30,000 Wi-Fi access points and network management nodes and tools, as well as a variety of options for monetizing Wi-Fi network, says the press release.

Ericsson will provide Wi-Fi technology based on Small cell-as-a-Service model, and manage it for five years.The company has also recently launched RBS 6402, an indoor picocell to deliver 300 MBPs LTE speeds with carrier aggregation for smaller sites.

“An interesting technology in which we have a play is small cells. Last year we launched a chip AD 9361, which significantly brings down the size of pico cells. We believe it has immense potential in India with LTE deployments picking up in the coming year,” says Somshubro Pal Choudhury, Managing Director, Analog Devices India.

There is another reason why Wi-Fi is likely to be primary model of deployment of small cells. Wi-Fi offload can help take care of the monetizing issue. Globally, telcos have been grappling with the issue of monetizing the small cells and Wi-Fi is a viable option for that. Besides that enterprise and public hotspot is likely to offer opportunities to telcos.

Telcos have already started working in this direction. The recent Bhart iAirtel’s 3G deal for three circles with Nokia included implementation of Flexi Lite Base Station, which is designed for indoor and outdoor micro-cell deployments to aid coverage in densely populated areas.

In a recent informal chat with Bharti Airtel’s senior officials explained that they would be using pico cells for providing in-building access in Gurgaon, which is where the company is planning to launch 4G operations soon.

Besides, Vodafone and Idea are believed to be experimenting and conducting trials of small cells in the network. Vodafone recently awarded LTE metro cell deal to Alcatel Lucent as part of its Project Spring. As the company utilizes 1800 Mhz spectrum for LTE deployment and expands 3G network, it would be integrating small cells in its network.

The quality of the spectrum available with both 3G and 4G telcos is one of the main reasons why the industry is integrating small cells in the networks. The 2300 Mhz spectrum with 4G telcos creates issues in providing seamless connectivity inside the buildings and in areas with heavy density of population. Expansion of 3G in 2100 Mhz frequency band also makes it imperative for the telcos to adopt small cells.

Not A Small Problem

However, deploying small cells is not without challenges. It demands high capital expenditure, which can be difficult to justify in the absence of a concrete business model. Experts believe that backhauling the traffic can be tough.

Besides the inadequate availability and fragmentation of spectrum with telecom operators is one of the biggest problems in deploying of small cells in India.

Service providers are likely to face huge issues if they plan to deploy it in outdoor location. Deploying it in macrocell network implies extensive network planning. It is for this reason that deployment in enterprises and hotspot are likely to be popular. Backhaul is unlikely to be an issue at enterprise because these are likely to be connected with fibre or DSL.

Posted by: VoicenData Bureau
View more posts
Big Picture of Small Cells 0 out of 5 based on 0 ratings. 0 user reviews.
‘Developing the right technology at the right time is a business challenge’
The Startup Series

Speaking on the first day of the Digital Transformation Summit by IAMAI, industry stalwarts today…