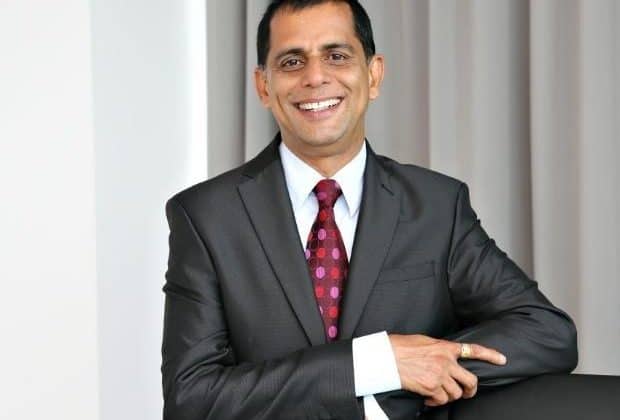 Aditya Birla Group Chairman Kumar Mangalam Birla will be the non-executive chairman of the merged company which will combine the business of Vodafone India and Idea Cellular.

Vodafone Group and Aditya Birla Group have appointed Balesh Sharma as a Chief Executive Officer (CEO) of an entity created by the merger of their local telecom units. This will become India’s largest mobile phone operator by subscriber and revenue market share and be better placed to compete in a market savaged by price competition.

According to reports, Balesh Sharma will be responsible for the combined business’s strategy and its execution as well as driving integration of the merged Vodafone India-Idea Cellular entities.The Aditya Birla Group intends to nominate current MD Himanshu Kapania as non- executive Board member of the merged entity, while Vodafone India CEO Sunil Sood will join the Vodafone Group (Africa, Middle East, Asia, Pacific) leadership, team.

“We are pleased to announce the proposed management team for the new company to be created through the merger of Idea and Vodafone India,” said Aditya Birla Group, Chairman, Kumar Mangalam Birla and Vodafone Group, Chief Executive, Vittorio Colao.

“The team has extensive operational experience and is an excellent blend of expertise from both companies. We look forward to the completion of the merger and competing as one company in the marketplace.”

Some of the other key leaders of the merged company will include Akshaya Moondra as a chief financial officer (CFO), who till now was CFO for Idea Cellular, will become CFO of the merged entity and Ambrish Jain, currently deputy managing director at Idea, who will be responsible for circles operations and service delivery.

While Suvamoy Roy Choudhury, who leads Vodafone India’s human resources (HR), will be responsible for overall HR functions, Sashi Shankar, currently chief marketing officer (CMO) at Idea, will overlook the marketing and the brand strategy for the consumer business of the combined business.

As a director on the board of Vodafone India and as a member of its executive committee, Sharma is responsible for leading the circle operations, service delivery, marketing, commercial and enterprise functions, including the development of new business initiatives and driving innovation across the organization.

Before joining the telecom business, Sharma had worked as a sales professional Xerox and Ricoh. He is an alumnus of Mayo College and completed his engineering and MBA from the Rajasthan University.