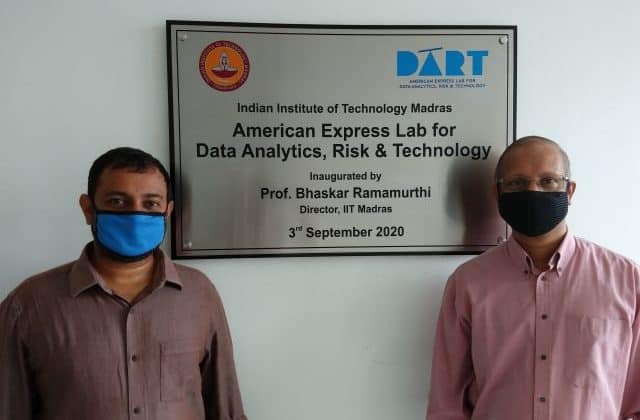 The American Express Data Analytics, Risk and Technology (DART) Laboratory was inaugurated at the Indian Institute of Technology Madras on Thursday the 3rd of September 2020.

The Lab intends to establish itself as a world-class hub of research in risk analytics and behavioral sciences by leveraging Machine Learning/Artificial Intelligence (ML/AI) and related technologies.

The lab would focus on risks that originate from human behavior and decisions.

The overarching goal of the lab is to engineer technologies to best manage risk by developing a science-based understanding of humans’ strengths and weaknesses.  It will also build talent for industry by partnering with academia.

The establishment of the lab has been undertaken through a grant by American Express to promote talent and diversity in technology.

Speaking about the initiative, Manoj Adlakha, Senior Vice President and CEO, American Express Banking Corp., India, said, “We are proud to partner with the country’s premier academic institution to invest in the future of cutting-edge data science and analytics research. We are also thrilled to announce Ambition scholarships and awards for meritorious women students that underlines our focus on fostering diverse talent.”

Earlier this year, American Express commissioned a global survey in partnership with The New York Women’s Foundation to explore and understand the relationship of university-educated working women with ‘Ambition’. The survey found that Indian women’s commitment to achieving professional and personal ambitions ranked the highest – with 89 percent of university-educated women in India believing it is important to have ambitions, and 70 percent proud to call themselves “ambitious.”

Speaking at the inauguration, Bharathram Thothadri, EVP and Chief Credit Officer, American Express, shared, “At American Express, we have a rich history of using data and analytics to build customer relationships and bring value to customers and partners. Equally, we are invested in finding and developing the right talent to drive greater innovation in this field. Our collaboration with IIT Madras reiterates our commitment to support and invest in interventions for public good in the country.

The technologies and applied sciences R&D in the Lab will be beneficial for creating an overall societal impact through advancement in financial services, healthcare and safety standards. The American Express Awards will identify and reward female talent in the field of engineering and technology as well as budding talent in data science.”

The Lab at IIT Madras will explore a range of verticals with key emphasis on manufacturing, finance, healthcare, operations management and smart cities. 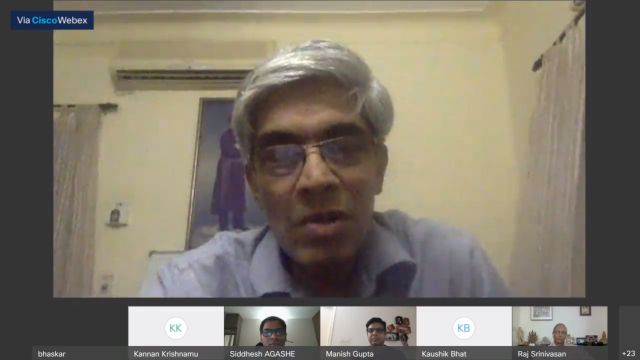 Addressing the event after declaring the DART Lab open, Prof. Bhaskar Ramamurthi, Director, IIT Madras, said, “IIT Madras is delighted to receive this generous grant from American Express for setting up the Data Analytics, Risk and Technology Laboratory, and for creating several scholarships and awards for women in Science, Engineering and Technology.”

The professor further said, “The DART Lab will focus on bringing data analytics to bear on problems arising due to the interplay of human factors and inherent risk or uncertainty in the work environment due to unknown or partial information. The scholarships and awards will encourage our women students to excel in STEM and pursue enriching careers at the post-graduate level. We look forward to continued support from American Express for growing these efforts in the coming years.”

The research at DART lab will focus on the human dimension – developing a science-based understanding of humans’ strengths and weaknesses in various contexts. The research at DART will develop technologies to measure the cognition and attention of the decision-makers and prevent potential accidents in high-risk industries. The same technologies can be applied across dimensions such as employee engagement and attention, evaluating and enhancing the quality of education and learning in school, especially in online classes as being administrated during the pandemic where teachers are unable to read the body language of students. The research from the Lab including findings, research, algorithms and tools will be publicly available to be used for government collaborations and education advancements.

The scholarships being awarded as part of the grant to IIT Madras from American Express include:

T-Mobile expands 5G across the United States with Ericsson

Ericsson has selected by T-Mobile for a five-year 5G rollout contract. T-Mobile will leverage Ericsson’s…

R&M is expecting a further boost for the data and communication networks market in 2021.…