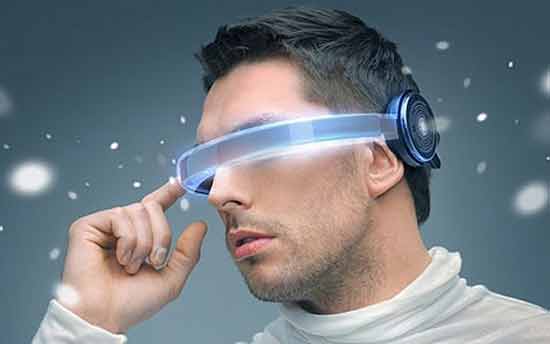 ITU’s Radiocommunication Sector (ITU-R) has published a new report examining Advanced Immersive Audio-Visual (AIAV) systems, which include Virtual Reality and Augmented Reality. The report, Collection of usage scenarios and current statuses of advanced immersive audio-visual systems in broadcast (Report ITU-R BT.2420), describes the technical background and the definitions used for AIAV systems. It also describes the experience gained from current tests being carried out for broadcasting AIAV programme material, and the challenges that have emerged through production trials.

“The role of ITU in making this type of technical knowledge available is essential for the global harmonization of production and distribution of contents to the general public – to support the international exchange of programmes as well as the overall quality of service,” said ITU Secretary-General, Houlin Zhao.

The report was approved in April by the ITU-R study group for Broadcasting Service (ITU-R Study Group 6), whose focus includes vision, sound, multimedia and data services principally intended for delivery to the general public.

“Study Group 6 and its Working Parties (6A, 6B and 6C) establish significant norms and standards on audio and video signals for the future media,” said François Rancy, Director of ITU’s Radiocommunication Bureau. “It is widely acknowledged that video content is becoming one of the major ingredients of the digital society, and therefore the need for standards is becoming increasingly important,” he added.

“This report is the result of some great work initiated by two Rapporteurs, Dr Poppy Crum of the US administration and Dr Nils Peters of Qualcomm, Inc. It also includes contributions from other administrations, with participation of a number of broadcasters,” said Andy Quested of the British Broadcasting Corporation (BBC), and Chairman of Working Party 6C.

A new experience of reality

The new report describes how AIAV systems let users have immersive experiences with “an unprecedented degree of presence” caused by tricking the brain’s perceptual systems so users believe they are really somewhere else or even someone else.

Many TV broadcasters are running production trials to evaluate the feasibility of AIAV system content and programme applications. Trials have taken place at major international events such as the 2016 Rio Olympics, the 2018 PyeongChang Winter Olympics and of course, the recent 2018 Football World Cup in Russia – but it is not just limited to sport.

“Broadcasters are keen to introduce new audio-visual services to attract viewers. Immersive experiences offered by AIAV systems will definitely fascinate audiences. This report helps broadcasters better understand the potentials of AIAV systems,” said Dr Yukihiro Nishida of the Government of Japan, and Chairman of Study Group 6. “ITU-R SG 6 continues to serve the broadcasting industry by adopting state of the art technologies for broadcasting,” he added.

AIAV system production tends to be far more complex than conventional programme production.  Virtual Reality storytelling has more in common with stage plays than with cinematic storytelling, say some content producers who now need to think of different storytelling techniques.

A new ITU Recommendation is also under development to specify parameter values for AIAV systems to facilitate production and international programme exchange.

Potential user health issues are also considered in the new report, including sensory sickness, which may be experienced by some users. The report details that, currently, content is produced to be less than 15 minutes long, which tends to avoid triggering motion sickness.

Many organizations believe AIAV systems offer new and exciting options for content makers especially when combined with other ITU-R enhancements such as Ultra High Definition, High Dynamic Range, Wide Colour Gamut and High Frame Rate. This is in addition to Advanced Sound Systems, for which Study Group 6 has just revised Recommendation ITU-R BS.2051, Advanced sound systems for programme production, to include headphones associated with metadata, which are a vital part of the AIAV systems experience.

Over the coming months, the AIAV system Rapporteur group will continue to gather information and more importantly, work with other bodies to produce clear and timely guidance, reports and eventually recommendations for this new broadcasting experience.

In parallel to the AIAV systems groups, Working Party 6C appointed a Rapporteur to look at the potential for the use of Artificial Intelligence in broadcasting. This new piece of work could have a major impact on all aspects of broadcasting, content production and personalization.

The last three weeks have been crazy for globally-acclaimed telcos like Airtel and Vodafone Idea.…