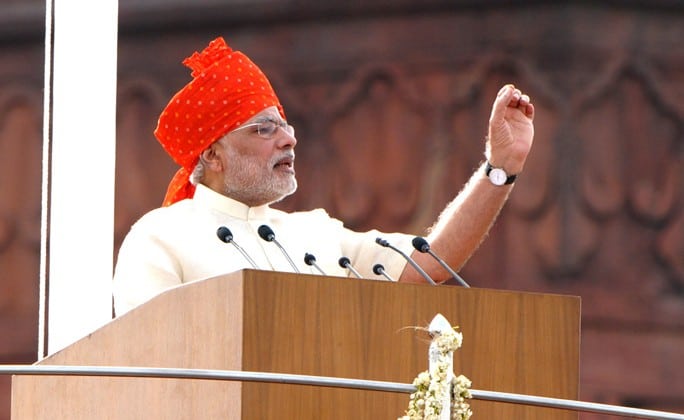 The projects entail an investment of over Rs 3 lakh crore in the next five years. Among these three, the Smart City projects alone will draw Rs 48,000 crore.

The Union Cabinet had some time ago cleared the projects – 100 Smart Cities and a new urban renewal mission for 500 cities, with a total outlay of Rs 98,000 crore for the next five years.

Given the challenges involved in developing 100 smart cities, only the capable cities will be chosen under the Smart Cities Mission through a competitive mechanism.

Those cities which were able to competitively meet the required parameters would be developed as smart cities.

In Stage-1, State/UT will be evaluated on the basis of the existing service levels, institutional systems and capacities, self-financing and past track records. For this, the government has launched a City Challenge Competition.

In CCC, each State and Union Territory will score all their cities based on a set of criteria and nominate the top scorers as per the set parameters.

The 100 potential smart cities nominated by all the States and UTs based on Stage-1 criteria will prepare Smart City Plans which will be rigorously evaluated in the Stage-2.

In the first round of this stage, 20 top scorers will be chosen for financing during this financial year. The remaining would be asked to make up the deficiencies identified by the Apex Committee in the Ministry of Urban Development for participation in the next two rounds of competition. 40 cities each will be selected for financing during the next rounds of competition.

In Stage-2, the Smart City Plans will be evaluated on the basis of credibility of implementation, city vision and strategy, impact of proposal, cost effectiveness of the plan, innovation and scalability and the processes followed.

5 things you should know about the PM’s pet project:

Central assistance to be used only for infrastructure projects which have larger public benefit.
The developers should following the following criteria:
Minimum area norm for retrofitting is 500 acres;
50 acres for redevelopment
250 acres for Green Field projects
50 percent for North-Eastern and Himalayan states
The smart cities should meet the following bench marks:
10 percent of energy needs to be met from renewable sources
80 percent of building construction should be green and
35 percent of housing in green field projects should be for economically weaker sections.
Special Purpose Vehicles to be set up for implementation of smart city plans with 50:50 equity of the states and urban local bodies.
An inter-departmental task force to be set up to coordinate all aspects of smart city development.
Experts welcome the move:

“We welcome the ambitious and audacious goal declared by the government today, of setting up 100 smart cities, rejuvenation of 500 cities and Housing for all, in addition to the existing initiatives of HRIDAY (Heritage Cities). These are critical urban infrastructure which is urgently required in order to make the economy efficient. The process of building this urban infrastructure would lead to innovations and creation of spin-off technologies that would surely make India a global player in building future cities,” said Jaijit Bhattacharya, Partner, KPMG.

“Given that the majority of India’s population is slated to live in cities by 2035, the Prime Minister’s announcement today is a welcome, if belated, recognition of the crucial role that cities have to pay in the growth of India,” added Anil Kothuri, President & Head, Retail Finance, Edelweiss.