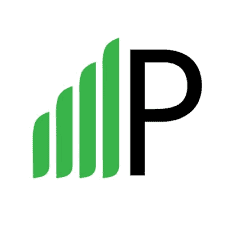 While discussing the 5G revolution taking over the world, Kundan Das, Head – Business Development and Sales APJC, Parallel Wireless tells VoicenData if he sees any differences between the Indian telecom operators and global/European Telecom Operators in the preparation for 5G infrastructure.

Das explains that if one takes the market or markets which have gone inherently more hybrid is Japan, Korea, the US and Europe has begun just now. India has more of a 4G kind of story with a plan of 5G. Singapore is expecting it by 2020-21, so if one takes in the US, the 5G building is a massive task on its own. Because if one considers the geography of the United States, the average number of Base station operators is almost half of what Indian operators have. One can’t afford to have 5G everywhere. It’s a tedious job or it’s a highly expensive job one, can say. Therefore, one can find 5G coming more in the pockets.

But if one takes Korea and Japan, over there, the market is denser and highly populated. These places also have a high consumption and Das asserts that most critical is again the application. Korea and Japan are getting highly automated. With the new applications, automation etc is supporting 5G so, there we are going to find 5G being adopted in larger geography and larger scale. However, they have an advantage, as their geography is smaller and they can afford the cost of the 5G adoption. Singapore again is an example. But now in Australia, it has been done but scaling it to rural Australia has not been possible, yet. For example, if you go to rural Australia even today, one isn’t able to connect to 2G or 3G or 4G network uniformly. Because it is very difficult, with approximately 11 million in population and a geography which is much bigger than India. Hence, one can’t justify the economics. So that is how we are finding that wherever the economics is going to support, an ecosystem is going to support, an enterprise is going to support, further helped by technology including security, one will find 5G is going to thrive more successfully.