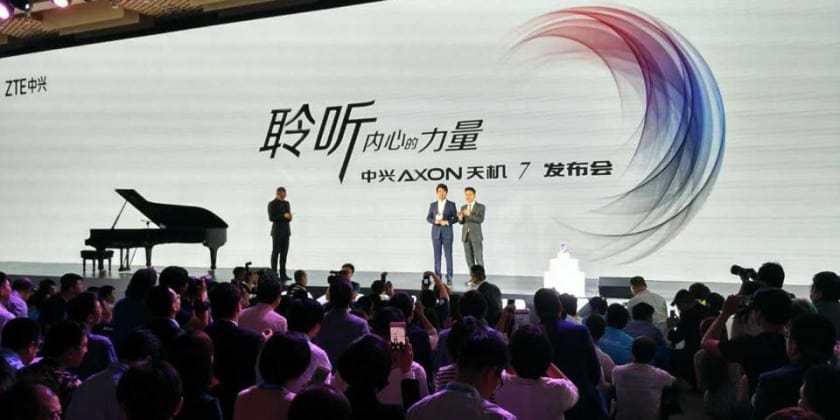 BENGALURU: ZTE, Chinese mobile device maker, officially unveiled its latest flagship device, the AXON 7, at the Park Hyatt in Beijing today. During the launch, it was also announced that Lang Lang, a world renowned pianist, will be the brand ambassador to ZTE’s high-end flagship AXON smartphone series. The device will first be launched in China, with international launches including the United States, Europe, and other regions to follow shortly after.

“We’re proud to have Lang Lang endorsing AXON 7. He is highly popular and influential both at home and abroad, and has become China’s cultural and musical icon to many countries around the world. These are similarities we share when it comes to ZTE’s global market success,” said Adam Zeng, CEO of ZTE Mobile Devices.

Zeng further said, “Not only does the AXON 7 mirror Lang Lang’s urban and sophisticated style, we’ve also designed the smartphone especially for music and audio lovers. We’ve consulted music professors, and set up a dedicated sound design lab to achieve the best sound possible. We’re confident that the AXON 7 will become the smartphone of choice for business as well as ordinary people that appreciate exceptional sound quality anywhere, anytime with our AXON 7.”

To design for a world where the demand for sophisticated and integrative devices is rapidly increasing, ZTE Mobile Devices has partnered with Designworks, a subsidiary of BMW Group. This partnership, according to ZTE, has resulted in the flawless fusion where aesthetics meets functionality.

The press release said, with a focus to enhance the human aspects of the user interaction with AXON, a highly intuitive user experience was offered. Design works optimized the authentication process on the AXON 7, where it is more intuitive and easy. Users simply need to tap an index finger on the back of the phone where the user’s index finger naturally grips it. The AXON 7’s fingerprint placement minimizes the risk of dropping the smartphone and that of smudging the camera during intuitive use.

In order to give its consumers the ultimate audio experience for the AXON 7, ZTE invited a team of music conservatory professors to provide the company with counsel. In audio technology, the AXON 7 incorporates dual-speaker, Hi-Fi quality sound coming from two dedicated audio chips AK4961 and AK4490 from AKM, Dolby Atmos surround sound, as well as top of the line configuration to enable exceptional sound quality experiences. This resulted in resonating vocals and clearly spoken automated voices, such as in maps navigation. Therefore, ZTE says that the AXON 7 sports leading audio not just for playback but for recording, too, and it is able to clearly pickup voices up to eight meters from the device.

The AXON 7 comes in two versions: standard and premium. Both versions are available in two colours: Ion Gold and Quartz Gray.