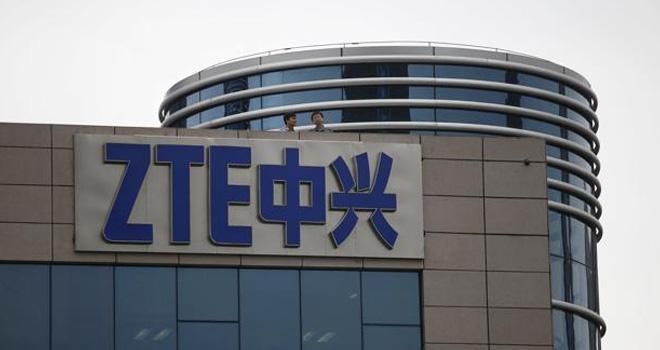 The Chinese firm said that its net profit for the six months ended June rose to RMB 2.29 billion ($344 million) ,up from RMB 1.77 billion in the same period last year.

Total first-half revenue rose 13.1 per cent to RMB 54.01 billion from RMB 47.7 billion a year ago. International sales made up 40.2 per cent of overall revenue.

In March 2017, the company was ranked No. 1 in the World Intellectual Property Organization (WIPO)’s latest annual list for patent applications, reflecting the company’s increased focus on research and development of next-generation technologies.

In the Carrier Networks division, accounting for 59.9% of revenue, ZTE is further strengthening its investment in key 5G technologies including wireless and 5G bearer networks. Underpinned by its leadership in 5G technologies, the company is committed to helping carriers deploy the latest network innovations and smoothly evolve from 4.5G networks, supporting the ongoing digital transformation of operators globally.

In Wireless Networks, ZTE’s LTE portfolio has been named the only ‘Leader’ in the latest report issued by GlobalData. By virtue of its sustained innovations and leadership in 4G and 5G technologies, the company has made steady achievements in global markets, and has deployed over 60 Pre5G networks as well as 240 SDN and NFV networks globally.

ZTE achieved a year-on-year growth of 41.7 percent in self-developed chip shipments in the first half of 2017. In the first half, ZTE’s Pre5G multi-mode software baseband chips were shipped to top international operators, and the company’s IoT chips have been put into interoperability tests with different vendors. ZTE takes the lead in applying VR broadcasting in large-scale social activities, and is the first to launch MaaP-based solutions in the industry. It completes the RCS interoperability tests with the three major telecoms operators in China, thereby speeding up the RCS commercial deployments in China. Also, the company launches uSmartAI, an intelligence robot solution.

In the Consumer division, ZTE posted growth in both operating revenue and gross profit. The company’s handset sales channels cover over 160 countries and regions. ZTE is ranked fourth in the US smartphone market and ranks among the top five in countries including Australia, Germany, Canada and Spain. ZTE’s terminal STB shipment gained a year-on-year increase of 15% in first-half, exceeding the annual shipments in 2016.

ZTE established its domestic Enterprise Business operations in 2017, which will focus on rail transit deployment, financing and government businesses. It will keep the first place in the domestic rail transit integrated communication market.

The company will keep on strengthening its investment in key technologies and important markets while strengthening in compliance management, in-house control and benefit of employees and shareholders. In April, the company issued stock options to more than 2,000 employees to boost incentives.

Looking forward, the company will be committed to becoming a pioneer in 5G technologies, taking the lead in standardization, technical perspective and commercialization. In future, the company will unswervingly strengthen its investment in two aspects – key technologies like 5G wireless and 5G bearer networks, and will focus on key markets and customers.