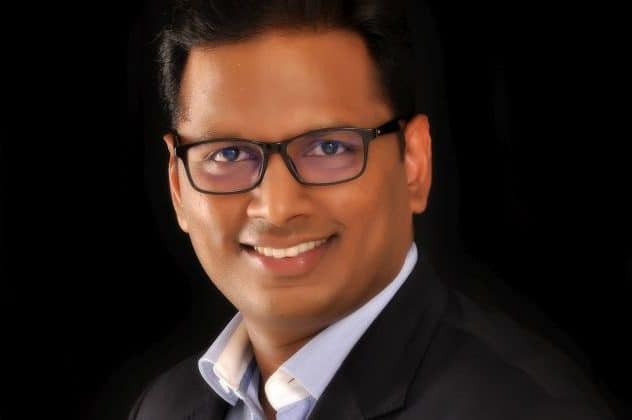 The telecommunication sector in India is evolving fast to keep pace with the growing demands of customers, particularly as the adoption of mobile and smartphones continues to rise across the country. Post Reliance Jio’s foray, the Indian telecom industry has witnessed a boom that has led to the consolidation in the industry and in turn an increased competition between the major players in the industry. The challenge for retaining customers has inevitably made way for customer support centers to be set up as a necessity rather than an accessory.

The key to managing high customer volumes will be in managing customer expectations in such a way that customers remain loyal to the company. Companies that adopt an omnichannel strategy in engaging with their customers will always have an edge over competitors by providing a seamless experience across the board.

San Francisco-headquartered, Zendesk operates worldwide with 15 offices in North America, Europe, Asia, Australia, and South America. The company is best known for providing powerful and flexible customer service and engagement platform to meet the customer needs of any business in most verticals. In the telecom vertical, Zendesk has some significant players as its clients. Zendesk’s automated customer service platform can resolve complex customer queries attending to critical issues, saving time and cost. Knowing more about Zendesk, VoicenData, through an interaction, brought out how platforms for automated customer service play a crucial role in boosting customer relations and in sealing a long-lasting trust in the service provider.

There is a general negative perception about the outcome of calling customer care in telecom services. Many customers feel their queries will never be resolved and that the agents are never understanding or are never aware of the customers’ history. This is probably a day-to-day scenario globally, and customers are always in disdain about these call centers.

Zendesk is at the crux of breaking negative perceptions about the customer support centers through its niche solutions.

Zendesk has analyzed this scenario closely. KT Prasad, India Head of Zendesk, on behalf of the company, spared time for the interaction and disclosed how Zendesk is at the crux of breaking negative perceptions about the customer support centers through its niche solutions.

KT Prasad gets explaining, “While the aforementioned scenario is a reality, engineers at Zendesk have worked hard to address all these pain points by providing a singular solution with all the answers. Zendesk Support is a simple system for tracking, prioritizing, and solving customer support tickets. Support is our product that puts all the customer interactions in one place, so communication is seamless, personal, and efficient, which means more productive agents and satisfied customers.”

Reliance Jio, a relatively late entrant, shook up the status quo of the industry and substantially changed the Indian telecom sector and the way Indian users consumed data.

Prasad, in his opinion, has expressed that the telecommunication industry in India has witnessed phenomenal change and growth since 2016. Reliance Jio, a relatively late entrant, shook up the status quo of the industry and substantially changed the Indian telecom sector and the way Indian users consumed data.

Consequentially, this boom also presented numerous opportunities for Zendesk in the telecommunication industry. Being such a volume-driven and transaction-intensive sector, customers demand and expect quality support round the clock. With a large number of users and its applications, the varied reasons for customers to reach out to customer support is also broad ranging from call drops to quality, connectivity, billing, value-added services, and many more.

“Managing such large volumes and diverse requests is a reality in this segment. A Zendesk-powered Support platform ensures a telco’s support team is well equipped to engage customers with the right set of tools to monitor and maintain satisfaction seamlessly all in one source of truth,” boasts Prasad.

A Zendesk-powered Support platform ensures a telco’s support team is well equipped to engage customers with the right set of tools.

Zendesk with its solutions has rescued top telcos with its innovative solutions. Prasad explained that since the time of adopting Zendesk Support, Vodafone Hutchison Australia’s (VHA) Learning and Development team have become much more efficient and organized.

So how did Vodafone reduce its ticket volume from 15k employees by 70% with Zendesk Support? Dating back to records of June 2011, VHA had 7.2 million customers in Australia. Vodafone employees and partners in offices, stores and contact centers across the country relied on the Learning and Development Organization to keep them informed about the latest mobile technology and services which put pressure on the department’s support agents to provide outstanding service.

It was known in the interaction that VHA’s Learning and Development team had 5 agents focussed on deploying and supporting distributed learning technology to 15,000 users. The team was finding it difficult to keep up with the high volumes. In addition, VHA was facing challenges having to manually resolve the issues end to end. The main concern was the lack of visibility of the individual cases and their status, which would lead to back and forth communication, resulting in poor time and resource efficiency.

Prasad gives a detailed explanation of their achievement, “The Vodafone Hutchison Australia (VHA) Learning and Development team isn’t your typical corporate learning department. The group supports approximately 15,000 users and is highly focused on deploying and supporting distributed learning technology. As a result, its five agents must respond to a high volume of support requests, a task that proved difficult over email and telephone. When you try to share one email account across a support team, there’s no visibility into each case. You can’t tell if one of your colleagues already replied to an end user or forwarded the request to another department for further research. Too many issues were falling through the cracks.”

Zendesk was one of the only vendors willing to give VHA a 30-day, fully functional free trial. Support impressed upon VHA by taking only 30 minutes to customize the new help desk.

Seeking a solution to this problem, Vodafone scouted for a SaaS solution provider. This was the time when VHA hit upon Zendesk’s Support. Zendesk was one of the only vendors willing to give VHA a 30-day, fully functional free trial. Support impressed upon VHA by taking only 30 minutes to customize the new help desk. With Zendesk Support, VHA’s team was able to see the entire case history for each complaint ticket. Agents could enter extensive comments to keep their colleagues informed about the status of each issue.

As a result, the team is now making better use of its lean staff. Support’s automated business rules, or triggers, save time for VHA’s agents by eliminating the need to intervene in password resets. When a password reset ticket comes in, the system automatically sends the requester an email containing a link to a support forum page that provides instructions and closes out the ticket. The new automated process has reduced password reset tickets by 70%. In addition, Support’s trigger notifications help keep employees informed about the status of their tickets, minimizing back-and-forth communications. Scaling further, Vodafone is also exploring the company’s Support Twitter Integration to increase efficiency in responding to customer queries on social media.

Zendesk has also catered to other telecommunication clients in the APAC region. Line Mobile, a Thailand based telco that operates completely online, has been Zendesk’s customer since 2016. Zendesk claims that on exploiting its solutions this company reported 96% customer satisfaction and also 90% resolution at first contact.

Similarly, Circles.Life is a new entrant in the Singapore telco space and offers a no-contract mobile plan built on cloud technology. Circles.Life has 50 agents handling approximately 30,000 tickets in a month, and they have reported 90% CSAT on partnering with Zendesk, far beyond the Singapore industry average of 75%.

Zendesk Suite is also used by ‘amayism’- an Australian teleco that provides contract-free mobile service, home internet, energy plans, and tech. ‘amayism’ has a customer base of 1.1 million users and has reported 96% CSAT and 95% one touch resolution with 100% SLA adherence.

Being a preferred partner to telcos only mean that Zendesk is in the business to ensure that customers are never let down or neglected owing to unresolved queries.

Data – dubbed as the new oil – demands tremendous attention in ways of collecting,…