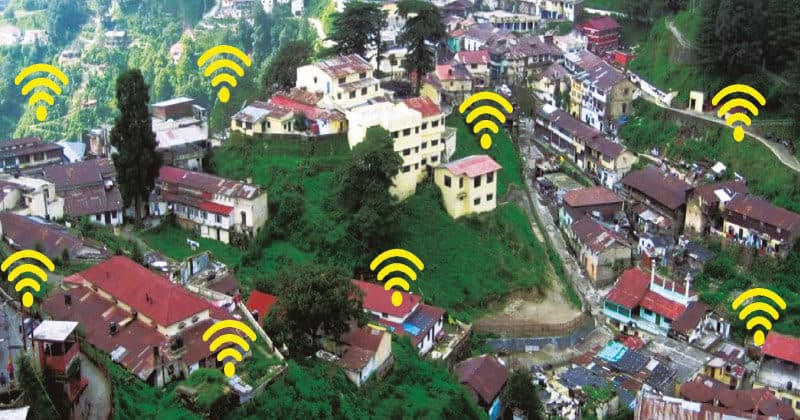 The proliferation of Wi-Fi hotspots will not only help realise the Digital Bharat dream but also boost the rural economy and drive the AatmaNirbhar Bharat mission. 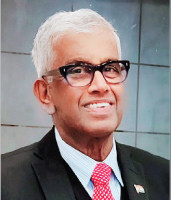 The data revolution in India has only just begun. The voracious appetite displayed by the Indian netizens, to the tune of almost 12 GB per subscriber per month, seems to keep rising northwards. While affordable mobile broadband tariffs have been the progenitor for this remarkable uptake and consumption across both the urban and rural markets, the growing demand for quality and reliability in performance demands focus on the critical aspect of broadband for the Indian consumer – quality of experience (QoE), simply defined as internet speed.

Given this rising demand and uptake of high-quality data content, the price sensitivity of the Indian market, and the growing work-from-home and -anywhere culture, Wi-Fi emerges as the most practical solution for catering to the needs of fast-transforming Digital India. As per an industry study and analysis of QoE requirements for distinct use cases, a minimum threshold speed of 14Mbps (upload and download) is desirable for ensuring reliable video-streaming and -conferencing. This constitutes a significant proportion of the Indian internet traffic today – to the tune of 60-70% with the proportion being higher in the rural areas.

Industry estimates also reveal that most of the data usage and high-capacity downloads (approximately 80%) happen while the consumer is static/indoors, in areas with good Wi-Fi coverage. Moreover, since our mobile broadband speeds are barely 30% of the global speed, it is high time that the same is complemented with high quality and affordable Wi-Fi services, for better performance, greater outreach, and critical digital inclusion.

The government’s introduction of the Prime Minister Wi-Fi Access Network Interface (PM-WANI) scheme adequately establishes that Wi-Fi is the practical way to accelerate broadband penetration in the country, and help attain the national goals of Digital India and Broadband for All. The initiative envisions the achievement of the NDCP target of 10 million public Wi-Fi hotspots across the nation by 2022.

The WANI architecture, mooted by TRAI in 2017, enables seamless pan-India Wi-Fi roaming without the hassles of repeated KYC and authentication. This would help increase broadband penetration in a similar manner as Aadhaar and UPI did for boosting digital payments and facilitating financial inclusion in the country. With some modification, WANI can further enable a convenient interface across technologies in a seamless manner and can be extremely useful in the proliferation of the internet of things (IoT), as it supports device-to-device communication. This will not only enable Indian IoT systems to be mobile but also allow users of IoT systems to roam seamlessly without disruption and degradation of service. It will also encourage global IoT providers to comply with Indian standards, much like global payment wallets did with UPI.

Moreover, Wi-Fi hotspots have an immense potential to generate vast economic benefits for the country as an enabler of rural broadband, IoT connectivity and as a catalyst for rural economic activity. Addressing network congestion and improving the quality of services leads to considerable costs for the telecom industry. Offloading mobile data to Wi-Fi networks will not only help improve the network performance but also effectively lead to substantial savings for the telecom service providers in this regard.

The widespread availability of Wi-Fi networks could also offer the possibility of developing Wi-Fi-enabled devices, which would be more affordable than traditional smartphones. Production and supply of such Wi-Fi-only devices can generate additional revenues for the device industry. In the agritech sector, Wi-Fi would help provide knowledge, education, and technological information to farmers on weather conditions, market rates, use of the right technologies and crop advice, etc. Deep rural broadband availability would therefore result in better yields for farmers and a considerable increase in incomes.

The introduction of Aadhaar and Direct Benefits Transfer (DBT) has led to enormous savings for the people across the country. This further accentuates the need for more affordable and quality broadband proliferation, as growing digital connectivity and services would lead to more people opting for DBT across schemes, resulting in further savings.

Location-based advertising using Wi-Fi can also unleash a number of advertising opportunities for smaller companies, with the data staying localised at the level of Public Data Office Aggregator (PDOA). With the rapidly growing pace of the digital advertising market, the additional growth due to increased broadband penetration could result in much greater revenues.

Besides propelling socio-economic growth by providing employment opportunities for millions of small, local, and village-level entrepreneurs (VLEs) and driving inclusion and rural digital connectivity, the sprawling manufacturing units which would be needed to produce the millions of Wi-Fi hotspots for PM-WANI are going to boost the AatmaNirbhar mission of the government and lead to more job creation.

Even by a conservative estimate of each hotspot enabling 2-3 direct and indirect employment opportunities, the creation of 10 million hotspots by 2022 as per NDCP target could potentially generate 20-30 million job opportunities in the small and medium scale sectors. Further, at the PDO, PDOA, and app provider level, this is likely to encourage large-scale entrepreneurship and innovation, while also helping attract valuable investments into the sector.

One may clearly note from the above examples that the proliferation of Wi-Fi hotspots can unleash plentiful economic activity and resulting benefits for the nation, further boosting the AatmaNirbhar Bharat mission of the government.

Going forward, the expected arrival of the next generation Wi-Fi 6 further reinforces the need for a robust public Wi-Fi network in the country, as it will help deliver extremely high capacity, high speed, and highly secure broadband services to the consumers by synergising with the PM-WANI model.

As PM-WANI envisages the creation of 10 million Public Data Creation Centres, which will be huge data generation and consumption points, it would also accentuate the demand for additional spectrum. Unlicensed spectrum in the 6 GHz and V band, besides other bands, would be extremely useful in this context. Delicensing of the 6GHz spectrum band by the FCC in the USA serves as a great example of the potential of the delicensed spectrum. Emulating the same would be in India’s interest, as Wi-Fi 6 is expected to complement the 5G technology fittingly in the near future.

Wi-Fi6/6E will be many times faster than the current Wi-Fi standard and will offer better performance for every MHz of the spectrum. While cellular and 5G will certainly play significant roles in long-range IoT, mid-and small-range devices will largely be based on Wi-Fi 6. Opening the 6 GHz band for unlicensed use will also increase the amount of spectrum available for Wi-Fi by nearly a factor of five and help improve rural broadband connectivity, besides enabling mobile operators to offload traffic inside residential buildings and dense urban areas.

Opening up the V band in a license-exempt manner as recommended by TRAI in 2014/15 would also spur off a spate of innovations, like the use of Short Range Devices (SRDs), besides giving a big boost to PM-WANI by lending itself to the creation of tens of thousands of public Wi-Fi hotspots, which can help offset 5G data offload, and also enable backhaul of 5G small cells over short distances over street furniture.

The next wave of digital inclusion can be driven by millions of small entrepreneurs – at street and village levels, enhancing competition, innovations, and large-scale benefits to the citizens. Adopting Wi-Fi to deliver affordable, quality, and ubiquitous connectivity would be the way forward.

(The views are personal)

Posted by: VoicenData Bureau
View more posts
Wi-Fi: The next giant leap for India 0 out of 5 based on 0 ratings. 0 user reviews.
DoT begins Investigating Elon Musk’s Starlink in India
Enabling technology advancements beyond 2021