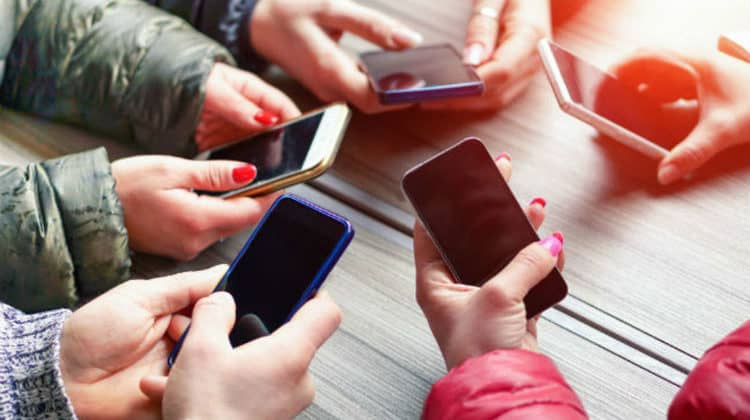 In an exclusive conversation with Voice&Data, Aruna Sundararajan, Secretary, Department of Telecommunication (DoT), talks about the Government’s immediate 5G rollout priorities, domestic manufacturing, and expectations from the operators.

Voice&Data: What is your vision and dream of telecom in India?

Aruna Sundararajan: We need to ensure that every single Indian is able to have access to broadband. So I think if you ask me what is the simplest form in which this can be articulated, then I would say that access to the internet and access to broadband is the basic utility.

Voice&Data: Where do you think are the big gaps that are coming in the way of this vision being achieved?

The second big gap is in making broadband available to all because without broadband you cannot access the internet. Today we have only one-third of Indians who have access to broadband. We need to take that all the way to 1 billion.

These services should be available to urban poor people, women and marginalized women as it is an important instrument for them. The mobile phones and internet are two basic necessities today as it helps in doing banking, access healthcare, search for jobs, sell their goods in the market etc. For them, it is an absolute necessity

Voice&Data: What according to you will be the steps required to overcome these gaps?

Voice&Data: What are the Governments expectations from the operators for taking high-quality high-speed broadband to the masses?

Aruna Sundararajan: This is one area where I think that the operators need to do much more. Indian Operators have largely addressed the issue of access but have not addressed the issue of quality. This kind of quality is not good enough for Indians. So whatever needs to be done whether backhaul…they say that in India you have unusually high usage. Second, they say that in India you have a shortage of spectrum now that has more or less gone. They also say that India has a shortage of Fibre Only 20% of towers have been fiberized.  Operators need to fix this problem.  The Government can only simplify the process. We have made sure that enough spectrum is available. We have also allowed them to set towers on top of Government buildings in many areas.  But this one area where I think the TRAI and DoT will not hesitate to crack down on operators if they don’t improve their quality.

Voice&Data: What is your view on the way USO fund is being utilized by operators?

Aruna Sundararajan: First of all, we have to recognize that almost 60% of the expenditure on the fund has happened in the last 3 years. So the earlier complaint used to be that the government is collecting this money but not using it. Now that complaint does not exist. We have enough schemes going on. We have Bharat Net going on. We are providing rural Wi-Fi. We have LWE (Left Wing Extremism affected areas) scheme. The first phase of which has been done. The second phase is being done. We are rolling out comprehensive schemes for North-East and are also connecting Andaman & Nicobar Islands. Our next aim will be to connect with Lakshadweep.

The Government is planning to launch a scheme for Aspirational Districts. There are about 10-12 new schemes which have been initiated recently. However, what we want operators to utilize these funds and quickly rollout because it is all competitive bidding. So any operator can bid but we want to make sure that they must rollout all these schemes at the earliest.

Voice&Data: What are the Governments expectations from the telecom hardware & software companies for taking high-speed and high-quality broadband to masses?

Aruna Sundararajan: Fortunately, device manufacturing has come a big way in India. And that is also one of the reasons why everybody is able to get access to a smartphone. The cost of a smartphone has come down quite significantly. You have seen what kind of prices, for example, Jio has offered. But what we want is hardware should be manufactured in India and we want the next generation of telecom products to start coming out in India. So whether it is routers or core equipment or access equipment, a lot more needs to be made in India. So we are working with the global manufacturers also and we are trying to grow our own companies, which can manufacture all these products.

Voice&Data: Do you sometimes feel that for a developing economy like India, trying to catch up on technology such as 2G, 3G, 4G, and 5G becomes a burden?

Aruna Sundararajan: It is a slightly paradoxical situation. When you don’t have a technology you can actually leapfrog and that is how India has leapfrogged in wireless. We did not have fixed line so everybody suddenly took to wireless whereas in the West if you saw, they were still having the landline and then they moved to wireless very slowly. So in some areas, it is an advantage. Similarly, many operators are upgrading to 4G from 2G, which is again an opportunity of leapfrogging. One good thing about 5G is that it is all software upgradable. So it is not that the entire infrastructure has to be dismantled and new infrastructure has to be put. Technology upgrades can happen fairly easily so I think that for 5G India will not lag behind.

Voice&Data: For the 5G preparations and roll out plans, what are your immediate priorities?

Aruna Sundararajan: There are three things. Roadmap—whereby 5G can be rolled out comprehensively across the country and not just in a few pockets. Second, the roadmap for India to become a technology supplier and manufacturer of 5G technologies to be part of global supply chains in this. Third, to create a design and IPR from India. 5G, unlike simple mobile technology, is more fundamental. Like computing, it is basic technology and so you know all future industries such as education, transport, healthcare, everything is expected to get affected by 5G. So India wants to make sure that at least some of the core technologies relating to 5G are indeed manufactured here.

Voice&Data: One of the expectations when you came in as DoT boss was that a lot of red-tape in the ministry will be cut out. Progress seems to have been slow there. Any plans on dramatically speeding it up?

Aruna Sundararajan: Yes, this is one area where we have to do much more. And I would be the first person to say that. Due to a number of legacy issues, litigations, this is a litigation-heavy department; things have not progressed as quickly as one would have wished. However, I think after the National Digital Communication Policy (NDCP), we have the assurance that a lot of red tapes will be removed. For example, we are looking at the entire equipment licensing, ways to simplify it so that there are no delays.  If somebody wants a spectrum for experiments, it should not be delayed. We should be able to give them the experimental license immediately. It should be made available online and for a reasonable period of time. So, in all these areas, we are working.  We are automating the entire licensing system so that people need not come to us with physical documents. They should be able to do it online. Similarly, spectrum availability, we want to put it up online so that people know how much is available. We want to make it completely transparent.

Voice&Data: Finally, what would be those 3 things that you have done in DoT which give you immense satisfaction?

Aruna Sundararajan: One is 5G roadmap. I think that it has given us enormous satisfaction. Because for the first time we have a clear roadmap of what is to be done if India wants to be a leader in 5G. Second would be NDCP. We are coming up with the new policy after 6 years. That has been very satisfying. And thirdly, I think we have been able to take a large number of decisions on net neutrality. We have introduced several new services such as in-flight connectivity and in-building solutions. I think about 10-12 major recommendations by TRAI have been approved in the last few months. All of which means new services for customers.

(The interview was taken by Malavika Sacchdeva & Gyanendra Mohan Rashali)

Posted by: Malavika Sacchdeva
View more posts
Tags:5G, DoT, mobile connectivity, Trai, Wi-Fi
“We Need to Ensure that Every Single Indian Has Access to Broadband” 5 out of 5 based on 2 ratings. 2 user reviews.
[24]7 AIVA Becomes First Virtual Agent with Emotional Intelligence
Google Assistant Helps You Create Your Own Custom Routines

Since the outbreak of the life-threatening virus, world-wide microbiologists, epidemiologists, and infectious disease specialists are…