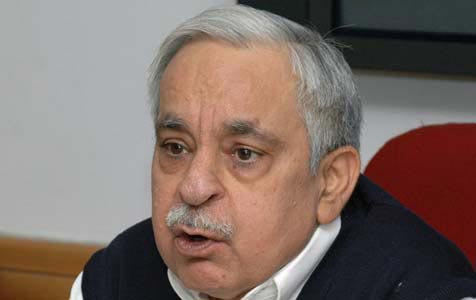 NEW DELHI: Amid massive backlash for support of net neutrality, Telecom Regulatory Authority of India (Trai) Chief Rahul Khullar has said that a big corporate war between a media house and a telecom operator has led to the outrage and there is a need for a democratic debate on the subject.

In an interview to Indian Express, he said: “There are passionate voices on both sides of the debate. And if that was not enough, there’s a corporate war going on between a media house and a telecom operator which is confounding already difficult matters.”

The regulator has so far received over 3 lakh mails in support of net neutrality. It is working on a consultation paper on regulatory framework for over-the-top (OTT) services and applications. It requested stakeholders to comment on its paper by April 24 and offer counter comments by May 8. It is also likely to hold an open house discussion on the issue soon.

The net neutrality debate was triggered by Airtel Zero, which is an open marketing platform that allows customers to access mobile applications at zero data charges.
Even though online e-commerce firms Flipkart and Cleartrip had signed up for the platform initially but following huge backlash they took a u-turn and exit from the deals with the country’s top operator Bharti Airtel.
However, Airtel is still consistent and is of the view that the new platform does not breach net neutrality.

According to Khullar, there are people who are passionately concerned about net neutrality. “They have a moral anchor… Equally, there are others on the opposite side.
But there are many others in between that one should not ignore despite the passionate nature of the debate between the two extremes. We need a democratic debate on the issue, not shrill voices,” he said.

The raging debate has also attracted government’s attention and now the Department of Telecom has formed a six-member panel to look into the matter.