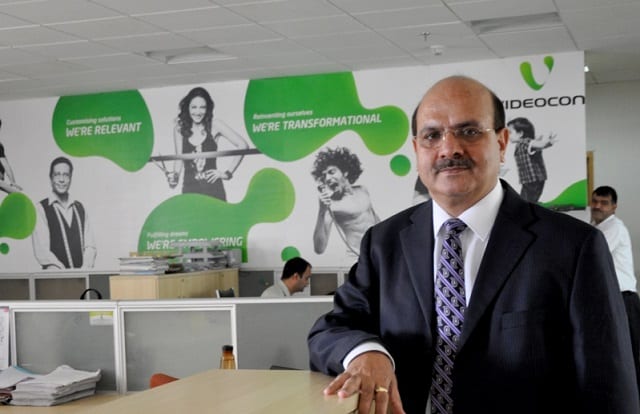 Spectrum sharing policy allows two operators to mutually pool radio frequencies to enable them to effectively use the airwaves and enhance wireless bandwidth.

The telco was planning to roll out 4G LTE services for quite some time now, but was constrained due to the available spectrum of 5MHz not being adequate for both 2G voice and 4G data. The telco also explored possibilities of rolling of narrowband 4G LTE earlier, the technology which however could not evolve due to its own limitations.

Post announcement of the much-awaited spectrum sharing policy, the telco plans to pool its spectrum with a partner operator. The plan here being to allocate 5Mhz for 4G data and 5Mhz for 2G voice or upgrade their network to 4G, and shift 2G voice on one of the existing players. This way both Videocon Telecom and the partner operator will be able to offer both 4G and 2G services on each other’s network and optimally utilise the available spectrum, at the same time, ensuring and enhancing QoS.

Arvind Bali, Director and CEO, Videocon Telecommunications, said: “We welcome the much awaited and most sought after spectrum sharing policy . I think the policy shall definitely help in optimum utilization of the most scarce resource. This will not only help improve quality of service, reduce call drops but also further accelerate rollout of new technologies in the country. We will be actively participating in the opportunity. As we speak, we are crystallizing our plan on spectrum sharing and will definitely be inking spectrum-sharing pacts with other telcos.”

“Our plan is to either pool our spectrum with partner operator and allocate 5Mhz for 4G data and 5Mhz for 2G voice or upgrade our Network to 4G, and shift 2G voice on one of the existing players. This way the partner operator and we will be able to offer both 4G and 2G services on each other’s Network and optimally utilise the available spectrum, at the same time, ensuring QoS. We plan to do this in MP&CG, Gujarat and Haryana circles and we have already initiated discussions with one of the operator on this. In Punjab telecom circle, however, we will be sharing spectrum with other telcos to improve Quality of our 2G services, he added.

As India becomes one of the fastest-growing telecom markets in the world, it is interesting…

Videocon Hi5! ties up with Flipkart as its exclusive online partner for sale of its Smartphone Accessories

Videocon Hi5!, the youthful brand engaged in Smartphone accessories tied up with Flipkart, the e-commerce…