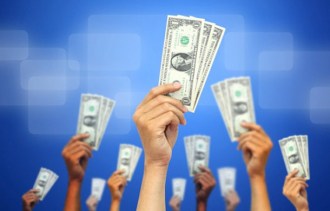 No comments
The pioneering conversational AI technology company Uniphore has raised $51 million in a Series C funding led by March Capital Partners, with participation from Chiratae Ventures (formerly IDG Ventures), Sistema Asia, CXO Fund, ITP, Iron Pillar, Patni Family, plus other investors.
This new round of funding is considered as Uniphore’s largest to date and marks one of the most substantial funding rounds in the conversational AI sector.
Uniphore will use the funds to accelerate its go-to-market in North America, invest in research and development for the next wave of innovation on its platform and grow its talented employee base globally.

Sumant Mandal, Managing Director of March Capital Partners also commented saying that Uniphore recognized early on that the customer service industry had fundamental limitations which were not being addressed. Brands were not building meaningful relationships with their customers because they were simply reacting, rather than being proactive.

Mandal believes that Uniphore’s conversational AI technology is changing the way brands are serving and engaging with their customers. He said, “Uniphore’s unique technology enables a proactive approach by recognizing the true intent of customer calls and predicting what is coming next. Uniphore is not only anticipating what the future of customer service will be – they are leading the charge, and we look forward to working closely with them as they continue to innovate. We are excited to be part of the journey of a world-class team building globally competitive products at Uniphore.”

John Chambers, CEO and founder of JC2 Ventures, and an active advisor to Uniphore, who picked up a 10% stake in Uniphore in 2017, welcomed the funding and commented saying that Uniphore’s continued success is a testament to the company’s ability to foresee the next market transition and evolve the business model based on that insight promptly.

Most recently, Uniphore CEO Umesh Sachdev moved to Silicon Valley to expand the company’s reach in North America. The move has paved the way for several strategic new hires. Annie Weckesser, veteran of Cisco and NIO, joined as Chief Marketing and People Officer in April. Additionally, in May, Jafar Syed, joined as Chief Strategy & Growth Officer from NTT Data, and in June, Karen Smith, former executive at Directly and Convergys, started with Uniphore as Chief Revenue Officer.
Additionally, Mary Ann Bianco joined as Chief Customer Officer after leading customer success for Oracle’s Cloud SaaS applications business. In July, Ashwin Chalapathy joined as Managing Director in India and Senior Vice President, Services, Asia Pacific. In 2018, the company experienced 300% year-over-year growth and the year prior, Uniphore had an exciting Series B round with participation by various existing and new investors including IDG Ventures, IIFL and JC2 Ventures. Some of Uniphore’s customers include BNP Paribas, NTT Data, and PNB MetLife.

Posted by: VoicenData Bureau
View more posts
Uniphore raises $51 million from top investors; recognized as the most significant funding in conversational AI 0 out of 5 based on 0 ratings. 0 user reviews.
Meesho raises $125 mn to kickstart e-commerce for next 500 million online shoppers
This Independence Day, OPPO is offering some cool discounts on F11 Pro and F11

The construction industry faces significant business and technology challenges. These include equipment and skilled labor…

More than 300 government Apps bridge the digital divide in India

India is riding the wave of digitization, with the delivery of services to citizens rapidly…