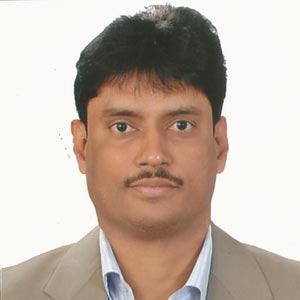 BANGALORE: iRam Technologies, a Bangalore-based IoT start-up, has appointed its Co-Founder and COO Udaya Bhaskar Rao Abburu as its Managing Director with effect from May 13, 2015.

He will be replacing Syam Madanapalli, Co-founder, iRam Technologies, who became the Managing Director since the inception of the company in 2009. Madanapalli has decided to dedicate his full time to promote IoT in India.

He actively participated in Telecom Engineering Centre’s (TEC) Specification forum to create the generic requirements for various telecom products deployed in India and also in drafting the India IoT policy. He developed Digital Microwave Radio and Digital Loop Carrier Systems during the 90s and supplied the same to BSNL. He is the author of multiple patents.

“I am very delighted to take up this role as the current managing director of iRAM. I believe that IoT is the emerging technology for next five years. There are many start-ups working on various products and solutions over the past two years in this domain. But iRAM is the only revenue-making company in this very segment. We will be expanding our product portfolio and team in the coming months. We are targeting on smart city solutions for India and other emerging markets and designing specific solutions. We are targeting sales of $3 million for the FY 2015-16,” Abburu said.