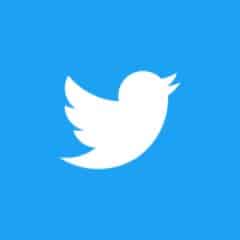 Twitter has confirmed that it is soon rolling out an audio chat rooms feature ‘Spaces’ in desktop browsers. Notably, the feature is akin to much talked-about ‘Clubhouse’ app, which lets users voice chat with other users in ‘Rooms’.

Twitter has all hands on deck for bringing this feature to its mobile users, both of iOS and Android.  Of course, the next next step is the web, where a significant portion of Twitter users operate. In that vein, Twitter is working on the feature for browsers. Interestingly, the company has not been trying to hide the developing of the feature. Last Friday, a  developer working on the feature posted some designs of how a ‘Spaces’ screen might look on the web.

Twitter can well and truly in the race with Clubhouse and Discord for the audio chat feature. Right now, Clubhouse is only available on iOS, with an Android version in the pipeline. However, Discord has pulled ahead when on Thursday it launched its audio rooms feature, called ‘Stage Channels’. Moreover, Discord has launched ‘Stage Channels’ on all platforms where it is available.

In case of Twitter, as of now, only mobile users have ‘Spaces’. Twitter knows that bringing it to the web would be a significant expansion for the company. Therefore, the onus is on the microblogging site to catch up.

The Verge also reported that LinkedIn, Mark Cuban, Slack, and Spotify are also working on ‘Clubhouse’-like live audio features. Also, Facebook reportedly has one in development as well.

The audio chat feature sounds promising but it is a double-edged sword all the same. It can still open the can of worms that is online abuse. All these platforms are already notorious for the horrific amount of profanity and harassment that is meted out by and to people. One can just hope that all the platforms include adequate safety features in these features.