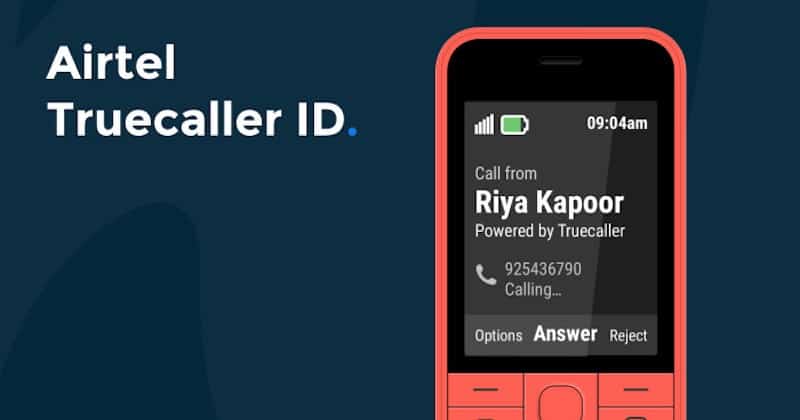 “Airtel Truecaller ID extends the caller ID feature of Truecaller to Airtel’s nondate users using feature phones, and will be delivered to users via Flash SMS before the call hits the users mobile. This subscription based service will ease a user’s life from unwanted spam calls without having to subscribe to data service or buy a smartphone,” the statement said.

Starting in April the service will start rolling out in India, and all feature phone users with Airtel mobile service will be able to subscribe to “Airtel Truecaller ID” by Truecaller,” it said.

As per IDC, about 65% of India’s more than one billion mobile phone subscribers still use feature phones, providing more opportunities as ever for users to explore the world of Truecaller. Nami Zarringhalam, CSO and Co-founder at Truecaller said, “Over the years, we have received extremely positive response for the solution Truecaller provides in the lives of millions of Indian users. We are thrilled to bring about one of the biggest transformation in the world of telecommunication with Airtel by truly bringing online experience of Truecaller in an offline environment. As a part of our ‘Stay Ahead’ philosophy, our aim is to further empower feature phone users and with “Airtel Truecaller ID” we are confident of adding immense value to the mobile experience of Airtel users.”

Raj Pudipeddi, Director – Consumer Business & Chief Marketing Officer at Bharti Airtel said, “Airtel has been a pioneer in introducing innovative product solutions to enhance customer experience and we are delighted to announce this partnership, which will be a global first. Airtel and Truecaller will enable millions of feature phone users to enjoy a ‘smartphone like’ experience in offline mode and add to their mobile experience.

We hope this partnership will encourage other global developers to innovate for the feature phone segment, which still forms a large part of the overall market in countries like India,” he said.

Posted by: Sanjeeb Kumar Sahoo
View more posts
Tags:Airtel, Truecaller
Truecaller joins hands with Airtel 0 out of 5 based on 0 ratings. 0 user reviews.
Convergence of technologies to bring simplicity for enterprises, says Nokia India CTO Randeep Raina
Network slicing is a must for 5G roll-out by telecoms