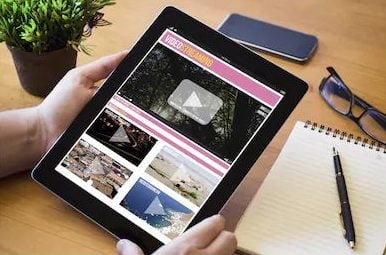 The importance and effectiveness of OTTs have been amply demonstrated during the Covid19 crisis, as numerous digital services have aided the citizens in maintaining connectivity and near-normal operations via OTT applications. Several studies have also established the critical relevance and contribution of OTTs in enhancing productivity, efficiency, and progress – both in socio-economic as well as national economy terms.

Broadband India Forum (BIF), the leading independent Think-Tank and Policy Forum for Digital Communications in the country, stated that the TRAI’s Recommendations on Regulatory Framework for Over-The-Top (OTT) Communication Services as issued on 14th September 2020, would aid the progress of the sector, and are largely in the interest of the consumers.

BIF congratulated the Regulator on adopting a forward-looking approach in choosing to not regulate a sector wherein there have been no demonstrable and evident instances of harm or dysfunction of the markets.

An ICRIER report noted that apps contributed at minimum INR 1.4 lakh crores to India’s GDP in 2015-16, and this is continually rising to INR 18 lakh crores by end of 2020.

As per a WIK (German Consultant) report, each user of Applications in India receives on average $249 (INR 16,000) of consumer surplus annually.

Applied to the total population, this number stands at $74 (INR 4,800) per capita. The WIK study estimates that for the year 2017, this consumer surplus for India was a substantial Rs 6.3 lakh crore. WIK has also observed that each 10% increase in usage of Rich Interactive Applications have led to an average increase of USD 5.6 trillion in global GDP (0.33% of GDP) from 2000 to 2015.

In rural India today, videos consist almost 65% of the data consumption, and BCG states that by 2023, about 48% of India’s net users (approx. 650 million) are expected to be from rural areas.

According to BCG, the OTT industry will unlock its potential to reach a market size of USD 5 billion by 2023. From the above data, it is evident that OTT services are beneficial to the overall economy and to the growth of the country’s GDP.

T V Ramachandran, President, BIF, in view of the recommendations, said, “OTTs have enabled accessibility of digital tools and amenities for the people, thereby enriching lives and empowering them by helping to enhance their productivity and socio-economic standing. This, in turn, has led to massive spill-over effects, adding to the nation’s economic prosperity. It is great that the regulator has decided to permit market forces to operate freely in the sector without the need for any regulatory intervention, which will help incentivize the growth and progress of this vital sector.”

“TSPs and OTTs are as different as chalk and cheese, and therefore should not be compared on equal grounds. We firmly believe that the interests of a particular segment of the industry should not prevail over the numerous benefits to the citizens, the national economy, and the overall growth of the sector,” he added.

Certain quarters have incorrectly expressed concern regarding the lack of provision of a level-playing field in the TRAI recommendations. BIF maintains the following position in regard to the issue:

Is the media industry happy with OTT platforms coming under I&B’s purview?