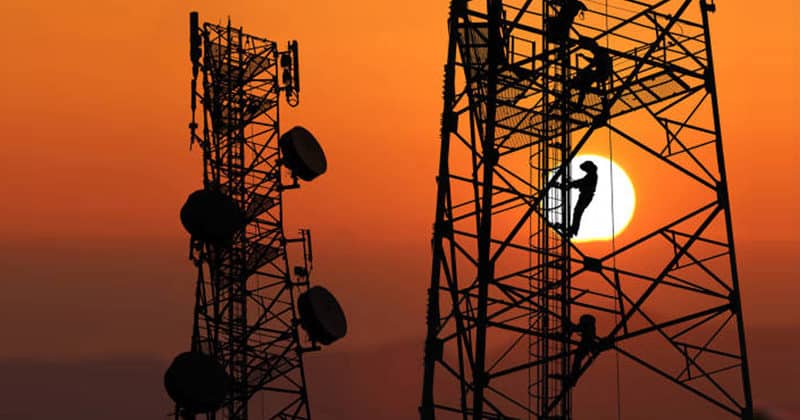 The cost of the spectrum is directly related to affordable access to digital communications, which is critical for driving India’s recovery post-COVID-19. Here is what the government should do. 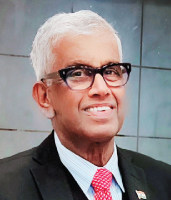 Access to the internet and mobile services is now synonymous with our survival – particularly after the COVID-19 pandemic hit the world. Those who could get necessities and services or work or study online could better navigate the new normal of lockdown and social distancing measures. The millions, who couldn’t, suffered more severe hardships.

So, how do we get the great equalizers – internet and mobile services – to every corner of our country and its citizens? How do we boost India’s economic recovery post-COVID-19 and beyond? This is the central mission driving PM’s Digital India initiative. The most effective answer may lie in greater use of an unsung but critical resource – spectrum, the lifeblood of all telecommunications.

But how can we drive more spectrum use for the benefit of our nation?

Spectrum’s most significant value comes from its usage, but high reserve prices (RP) have limited its use in India. Spectrum is allocated through auctions – and herein lays the crux of the issue. In India, most auctions since 2010 have not yielded optimum results. In the six e-auctions held since 2010, only 60% of the spectrum could be sold. The rest lay unused and idle. In the 2016 mega-auction, only 41% was procured by telecom operators due to a steep RP that did not reflect real market value.

In stark contrast, many recent auctions worldwide have successfully sold the entire spectrum offered in their auctions. For example, in the UK, the 2013 and 2018 spectrum auctions were 100% successful – all 60 MHz of spectrum offered in the 800 MHz bands and 185 MHz offered in 2600 MHz band were sold. Similarly, in 2018, all 190 MHz of spectrum – 40 MHz in the 2.3 GHz band and 150 MHz in the 3.4 GHz band were sold. Setting the optimal RP proved to be the most critical factor in the UK auctions’ success.

In India, most auctions since 2010 have not yielded optimum results. In the six e-auctions held since 2010, only 60% of the spectrum could be sold. 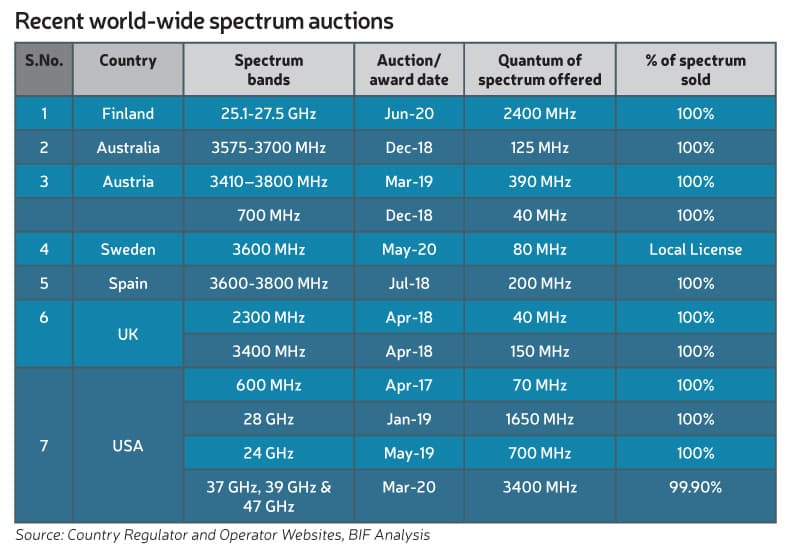 An auction is only as successful as the amount of competitive bidding it generates, and most importantly – the sale of the auctioned goods at a much higher price than the starting price. In India, in 2016, the 700 MHz spectrum got no bids, and other auctions have also seen low enthusiasm. The high reserve price for these auctions became the final clearing price and not the intended catalyst for fierce bidding. In many cases, the average sales price was hardly 5% above the RP. This is undoubtedly a sign that something needs to change.

In the 5G UK auction, the total amount of spectrum auctioned was sold for more than 19 times the RP of £70 million! In 2013, the 800 MHz and 2600 MHz UK auction concluded with a total of £2.34 billion, a premium of nearly 80% over the RP. How can we infuse Indian spectrum auctions with the same level of triumph? The answer lies in finding and setting the right RP – based on actual market value.

Spectrum can be a potent socio-economic growth engine, as firmly established by many reputed agencies worldwide – the World Bank, London School of Economics, NERA Economic Consulting, and the Indian Council for Research on International Economic Relations (ICRIER). Many other studies have also shown a direct and quantifiable economic gain from the usage of broadband, mobile, and rich interactive apps – the spectrum is the foundation for all these services.

DoT accurately categorized “Spectrum as a key natural resource for public benefit to achieve India’s socio-economic goals” in Section 1.2 of the National Digital Communications Policy (NDCP) 2018. But we can only leverage these numerous advantages if the spectrum is available for use and not lying idle.

The right spectrum price is directly related to mobile broadband services’ affordability, better coverage across the country, and faster data speeds (GSMA 2019 report). Let’s look at the Indian railway system. Its success lies in how much and how effectively our trains are used every day. Our railway system runs 12,000 trains and carries more than 23 million passengers, over 7,000 freight trains, and three million freight tonnes every day.

It connects over 8,000 stations across India. If ticket prices or freight charges were astronomically high, very few people and organizations would be able to use our trains. As a result, very few stations would be in operation, and the railway system would be considered a luxury, not the backbone of India’s transportation. Setting too high a price is a critical gating factor preventing the use of a valuable resource for the public interest. 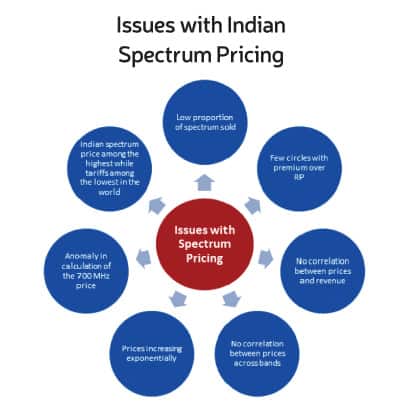 Revenue Surplus Approach is most suitable for and analogous to the current conditions. It is the appropriate method for 1800 MHz spectrum valuation.

Breathing life back into spectrum auctions

The auction process must discover the true market price of the spectrum. We recommend a comprehensive fresh spectrum valuation based on a review of the various inputs that go into valuation, including approaches to evaluate spectrum, use of mean, last auction price, and more.

It is ineffective to use the RP from a previous auction to calculate RP for the next one. This is especially true when the final clearing price of spectrum in an earlier auction is equal to or only slightly more than the RP for that auction. Particularly since, most often, the RP or selling price is matched by a single bidder and not all-around healthy bidding. We cannot rely on the Marginal Cost of Funds based Lending Rate (MCLR) to set prices. It does not capture or mirror the telecom sector dynamics. A better benchmark for telecom services is the consumer price index.

The Revenue Surplus Approach is most suitable for and analogous to the current conditions. It is, therefore, the appropriate method for 1800 MHz spectrum valuation. This method determines spectrum value from the bidders (telecom providers) and their customers’ points of view. Through this method, we can figure out how much a service provider can and is willing to invest in spectrum to realize the net revenue potential and revenue surplus over the spectrum’s license period.

The new RP should ideally be set at 50% of its valuation. For RP of 2100, 2300 2500, and 3300-3600 MHz bands, weightage factors in-line with TRAI recommendations should be used. For newer bands (3300-3600 MHz) where no past experience is available, it is also worthwhile to take into account the international experience and set RP in line with international norms.

Optimal pricing of the spectrum is essential “to be equipped for the broadband era” as per NDCP 2018. Section 1.2(b)(v) also directs “Optimal Pricing of Spectrum to ensure sustainable and affordable access to Digital Communications”.

As we move towards introducing 5G in the country, the need for optimal spectrum pricing reforms is even more pronounced. When available, 5G would be the first generation of mobile communications technology that transcends usage beyond the field of communications.

Energy, mobility, healthcare, finance, and many other sectors eagerly await the proliferation of 5G in India to leverage its numerous benefits for the public good. In this context, we need to remember the landmark Supreme Court judgment of March 1995 that held that airwaves (spectrum) constitute “public property” and must be utilized for the public good.

Sub-optimal pricing would cause ineffective usage, missed or delayed implementation of 5G and generate losses that are completely irretrievable.

Sub-optimal pricing would cause ineffective usage, missed or delayed implementation of 5G, and generate losses that are completely irretrievable. Hence, the situation needs urgent remedial actions. It’s a ‘now or never’ defining moment to offer ‘Broadband for All’.

Posted by: VoicenData Bureau
View more posts
It’s time to realize optimal spectrum pricing 0 out of 5 based on 0 ratings. 0 user reviews.
Chugging along the digital pathways
Ten trends that will dial in the future