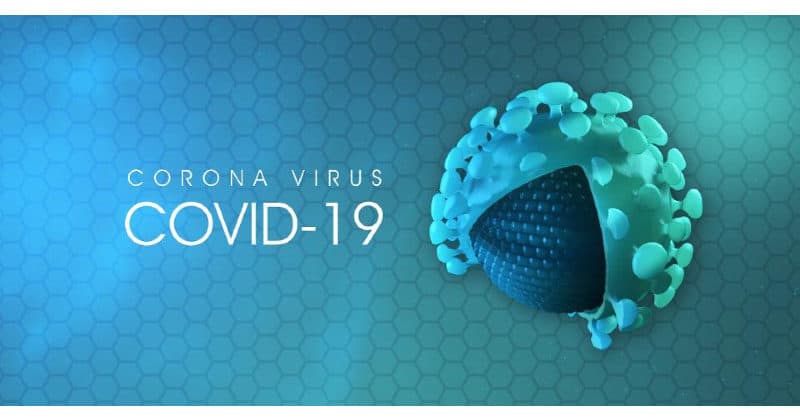 The past few days have been grim and difficult for businesses and people, and the uncertainty of the future has only added to the anxiety. The inadequacy and inefficiency of the initial crisis response, however, has been slightly offset by a swift and ironclad response from stakeholders across the spectrum.

Governments, citizens and companies have pooled all their collective resources to minimize the negative impacts of the pandemic while simultaneously working day-in and day-out to stop the spread.

On the brighter side, the restrictions of social interactions and the compulsion of minimal travel have also brought some surprising facts to light. Reports from NASA have shown a drastic reduction in pollution cover over major cities in China, whereas Venice has reported a steep increase in the quality of water flowing across its canals.

This shows that if businesses, governments, and individuals could actively take part in reducing their carbon footprint, they can also contribute to reducing the adverse effect of climate change.

Companies can also actively work toward promoting and encouraging remote working, which can reduce carbon emissions and traffic congestion problems across cities.

Why We Need a Connected, Digital Economy – Now More Than Ever

COVID-19 will have a far-reaching effect on business communities globally. This crisis is seen as an inflection point in the drive toward digitization across businesses globally. The connected, digital economy is helping enterprises, employees, and consumers remain engaged and do business, even as the virus continues to spread.

This crisis has made it clear in the business world, more so than ever, that investing in emerging digital technologies can potentially do a world of good. The growing dependency on business conferencing tools, e-commerce, digital learning, VR-based training, and business apps supporting remote workers cannot be dismissed as a blip and is likely to remain the new norm among businesses worldwide.

Listed below are 10 ways emerging digital technologies are helping humans in the fight against COVID-19: Some of these examples are curated from government, industry and media sources, available in the public domain.

1. Researchers can potentially use natural language processing to skim through scientific papers and scholarly articles to help combat information overload.

In the US, as part of an announcement of a project called the COVID-19 Open Research Dataset (CORD-19), the research team has developed an AI platform that makes it easier for team members to quickly find relevant studies that can potentially lead to new insights or approaches to address the COVID-19 outbreak.

2. Blockchain technology can potentially be used to effectively manage medical data, track the supply of virus prevention materials (disinfectants, sanitizers), and consult the public. The first two weeks of February witnessed the launch of 20 new blockchain applications in China to help fight the COVID-19 outbreak.

For example, Alipay launched a blockchain platform that enables NGOs and federal organizations to collaborate more efficiently and transparently, such as tracking allocation and donation of relief supplies, tracing medical supplies, etc.

3. Chatbottoolscan provides an online triage in infection diagnostics. A digital health-based startup in Italy, Paginemediche, has joined with medical experts to develop a chatbot that has already been adopted by the Provincial Health Services Agency in Trento. It was developed based on the guidelines set out by the Ministry of Health, Italy.

The tool is primarily used by healthcare professionals to interact with patients via remote visits. Similarly, BBDO Guerrero has partnered with the National Union of Journalists and the Center for Media Freedom and Responsibility to develop a Facebook chatbot that sniffs out fake news in the Philippines, where 98% of the population uses Facebook as their primary source of information.

4. The COVID-19 outbreak has impacted many of the industry’s most important conferences and expos this year. Technologies like augmented reality/virtual reality can be considered as digital alternatives to address the issue.

HTC, for instance, has announced that it will hold its Vive Ecosystem Conference (VEC) using virtual reality in March 2020.

5. 3D printing can be used to help produce vital hospital supplies amidst the COVID-19 pandemic. A hospital in Italy was able to save the lives of many COVID-19 patients by 3D-printing valves on reanimation devices. Hundreds of 3D printing design engineers and specialists have already created a public document reflecting their eagerness to assist in the production of respirators, valves, masks, etc.

Further, drones are being increasingly used in countries like South Korea and China to spray disinfecting chemicals in public spaces and on epidemic prevention vehicles commuting to the infected areas. Drones equipped with thermal imaging technology are being used in China to detect people with fever/flu symptoms.

7. Similar to drones, robotics can be put to great use in checking temperatures and identifying and disinfecting people in public spaces, thus eliminating human contact.

In Wuhan, the epicenter of the Corona outbreak, robots are being used to take vital signs, deliver meds and even entertain quarantined patients in a smart field hospital. The use of robots in hospitals can provide much-needed relief for medical staff and other healthcare workers as they continue to provide care for affected patients.

8. Video conferencing solutions have been the lifeblood of companies and educational institutions. With offices closed and travel being restricted, cloud meetings have kept companies from falling apart and have helped them minimize the business impact according to media reports. Zoom, a prominent cloud conferencing solutions provider, experienced a massive spike in its user base, adding more monthly active users in the first quarter of 2020 than in all of 2019.

9. Social media platforms in recent years have been a key medium of communication during a crisis. At a time when the reach of traditional media has been limited due to social distancing measures, social media users have kept the world updated and have played a major role in dissipating credible information.

10. 5Gcan play an indirect role in the containment of this virus outbreak. Huge bandwidth, high speed, and low latency allow for seamless communication in hospitals and emergency command centers. It could potentially serve as a foundation that enables the implementation of the aforementioned technologies.

China has announced that the country plans to build at least 500,000 5G base stations in 2020 following recovery from the COVID-19 outbreak.