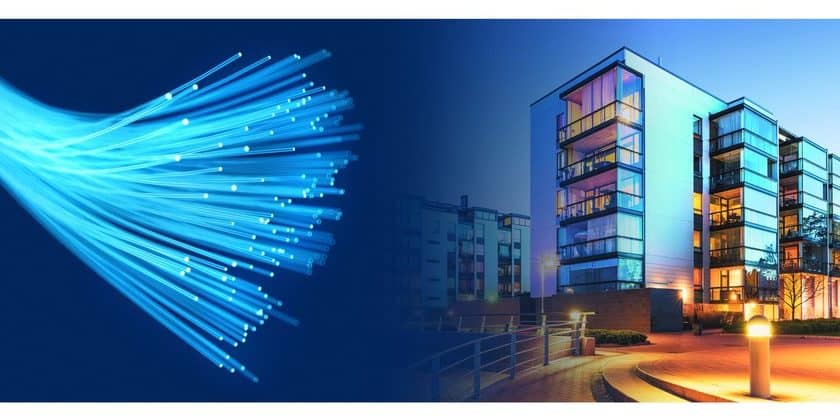 The lockdown has made our Internet connection one of the basic necessities of life. It became a major source of entertainment, our connection to the outside world, a collaboration tool to get work done, and our information place for learning and acquiring new skills.

There has been an exponential surge in data consumption due to an increase in video usage for entertainment and video conferencing services for business use. Telcos and ISPs have witnessed data consumption peak to as high as 60%-70% compared to pre lockdown levels. A report published by ACT Fibernet, one of India’s largest wired broadband ISP says, online streaming traffic sees a 55% overall surge during the lockdown. While the average downloads increased by 66% per user per month, the average uploads surged at 37% per user per month.

The rise of fixed broadband

Since work from home requires good data connectivity, fixed broadband would be a better choice than mobile broadband service as its quality and speed is not reliable. Employees will not hesitate to go for the premium wired broadband service as they are saving money on commuting. We may also see corporates reimbursing broadband bills, similar to mobile bills currently. This could drive much higher broadband penetration soon. The government of India is likely to scrap the license fee on wired broadband. This move will aid broadband players to expand aggressively and rope in many users.

There has been a shift in data usage trends that are clearly visible in this pandemic era. The first one is in the data usage which traditionally perceived as asymmetric has now become symmetric with most of the user traffic as both equal download and upload. Then second is the need for a better latency network, as more enterprise applications moving towards cloud which demands a very low latency. And the third one is regarding the data-hungry hubs. The data demand has increased from residential pockets from where the people are working rather than the erstwhile commercial hubs. FTTH technology has huge potential to complement all these three data usage trends.

The advanced fiber networking technology – FTTH (Fiber To The Home) can easily handle symmetrical traffic and has very low latency with virtually unlimited speed and capacity. Current FTTH connections in the country are about 10% of the total wireline connections and are minuscule compared to the 350 million connections in China. Hence, the Internet infrastructure needs to move to FTTH faster than the pace it is at today.

The neutral underground intracity fiber network, which is built to make cities smart, provides a reliable network throughout the city connecting all prominent commercial and residential areas. These networks can be mapped in Geographic Information System (GIS) along with an integrated fiber monitoring system for proactive monitoring, preventive, and corrective maintenance.

This network performs better than aerial cable which is fragile, not sabotage proof, and eventually breaks due to constantly exposed to outside weather. It has been observed that on an aerial network, the service provider usually experiences fiber cut every alternate day due to some kind of civil work resulting in poor uptimes and bad customer experiences. This eventually increases the operating cost for the provider. The reliable underground fiber has a longer lifespan and overcomes all these challenges.

Utilizing this fiber network can enable Telcos, ISPs, MSOs to deliver better FTTH facility to their users. They also don’t need to depend on any third party for maintaining the fiber since the infrastructure is completely managed by Sterlite Power giving complete peace of mind. The underground fiber can also be leveraged by Telcos to fiberize their microwave towers for reliable and enhanced connectivity.

Top Telcos and ISPs are already augmenting their existing aerial network with such underground fiber to provide futureproof and more reliable FTTH connections. The work from home arrangement is here to stay for a longer time than we expected and with many enterprises already thinking to make it permanent for their employees, FTTH solution is the best choice to meet the soaring customer demands.

Spectrum Auction to Start from March 1 – Details Inside

The Central Telecom Regulatory Body, TRAI has announced that a Spectrum auction will commence from…