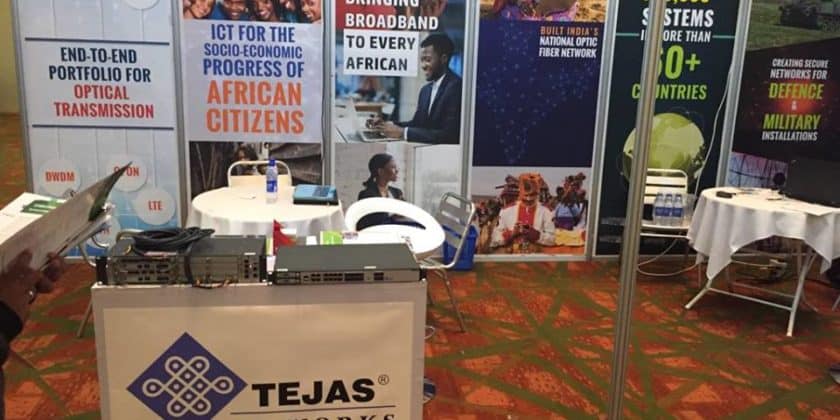 For the quarter ended September 30, 2017, consolidated revenues (net of taxes and pass-through component sale to our contract manufacturers) were Rs. 214.90 crore which was a growth of 20.9% year-on-year.

For the six month period ended September 30, 2017, revenues (net of taxes and pass-through component sales to our contract manufacturers) were Rs. 415.01 crore which was a growth of 33.5% year-on-year, operating profits grew by 120.2% year-on-year and net profit grew 232.5% year-on-year.

Sanjay Nayak, Managing Director and CEO of Tejas Networks said, “We continue to see strong growth led by India, which is the world’s fastest growing optical networking market. We believe that India is at the cusp of a prolonged growth cycle in optical networking, driven by strong usage of mobile data as well as broadband by consumers, businesses and government”.

Venkatesh Gadiyar, CFO said, “We continue to see the benefits of operating leverage, which is reflected in our strong profitability growth on a year-on-year basis. For the first half of the year, our net profit after tax was Rs. 47.31 crore and we generated cash of Rs. 94.72 crore from operations. As of September 30, 2017, our cash and cash equivalents amounted to Rs.381.52 crore. We are now practically a debt-free company, with a outstanding debt of just Rs. 3.37 crore as of September 30, 2017.”

Recently the company strengthened its management team and N R Ravikrishnan has joined on October 11, 2017 as General Counsel and Chief Compliance officer. Earlier, he worked as the Company Secretary and Head (Compliance, Audit and Facilities) in Infosys Group.

In a recent development, Tejas Networks has inked a Memorandum of Understanding (MoU) with Bharat…