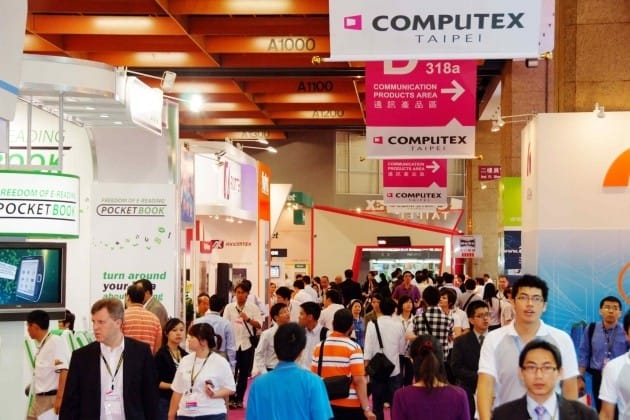 According to the statistics from DGBAS (Directorate-General of Budget, Accounting and Statistics), Executive Yuan (Taiwan), Taiwan’s ICT industry accounted for 12.8% of the total GDP in 2012. Taiwan is known as a major procurement center for global ICT companies & buyers, and Ranked 1st in worldwide major ICT product market share for more than 10 products. 85% of PCs installed in the world with Windows® OS are produced by Taiwanese IT companies and about 80% of worldwide data communications equipment is produced by Taiwanese networking communications equipment companies. “Taiwan Inside®” would probably be the most suitable description of Taiwan’s vitality and its position in the worldwide ICT Industry.

Mr. Thomas Huang, Deputy Director, TAITRA said, “We chose India and specially Bengaluru to promote COMPUTEX, the world’s largest ICT exhibition, mainly because we value India’s market potential, its global competitive software industry and booming startup communities. COMPUTEX 2016 attracted more than 40,000 international visitors. Indian visitors were the 12th highest in number of international visitors; saw a substantial increase of 14% from the previous year.” He further added. “With the extensive campaign this year in India and the growing interest of startups and ICT brands in our event, we are hopeful to see an exponential growth in number of visitors from India for COMPUTEX 2017.”

COMPUTEX 2017 will see leading exhibitors such as Dell, Intel, Microsoft, Supermicro, Nvidia from the USA, ARM from UK, Socionext from Japan, Micronics from Korea, Hisense from China and the list is still increasing. In addition, innovative startups from the USA, Demark, France, Korea, Indonesia, Germany, Pakistan, Hong Kong, Taiwan and many other countries have already signed up to participate at the trade show.

COMPUTEX provides a total solution to satisfy the needs of all ICT professionals’ needs, from sourcing innovative products to building strategic alliance. Visit the most significant ICT/IoT & startup trade show in Asia from May 30 to June 3, 2017. InnoVEX runs for 3 days, from May 30 to June 1, 2017.

Posted by: Sanjeeb Kumar Sahoo
View more posts
Tags:Indian Companies, Taiwan
Taiwan invites Indian Companies to showcase Best of ICT 0 out of 5 based on 0 ratings. 0 user reviews.
IT spending in banking, securities industry in India to touch $8.9 billion in 2017: Study
Growth in other areas of Electronic Manufacturing