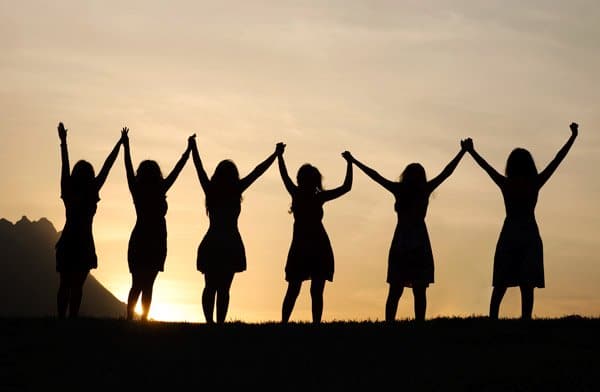 And that’s exactly what the world is coming in unity to achieve. This year’s International Women’s Day 2020 campaign theme is #EachforEqual – An equal world is an enabled world. The campaign is all about ‘Equality’. This year women’s day will be celebrated in the wake of the 25th anniversary of the Beijing Declaration and Platform for Action, which is termed by the UN Women as the “most visionary agenda for women’s rights and empowerment everywhere”.

It is sometimes hard for us to believe that women have progressed in leading roles at the technology front. The very purpose of technology is to build a better and brighter world for everyone. Who delivers that technology absolutely does not matter. What is delivered matters! This is were gender neutrality plays the role. Many women are working on cutting-edge technology projects to find solutions to critical problems affecting people and the planet.

Let us just take a look at a few reports, surveys, and analyses that substantiate the fact that women are indispensable in technology or in contributing to the global GDP.

Frost & Sullivan’s latest research, Global Mega Trends to 2030, found that the female economy is poised to outpace the economy of some of the biggest nations in the next five years. With more women entering the workforce, there will be a significant shift in financial and economic power toward women — both in the household and in professional environments.

The report finds that there will be 100 million more women in the global labor force by 2030. Asia-Pacific will have the largest female workforce, with millennials representing the largest proportion of female laborers in 2030. By 2030, women will change the workforce landscape with a more than 40% average participation rate, eventually adding up to 100 million more working women to the global economy. This would bring down the gender gap in labor participation rates by 25% by 2025.

“The increasing economic power of women will result in a big transformation in product design and marketing. Women are expected to spend more than $40 trillion this year, ushering in the need for more focused user-centric strategies and products,” says Archana Vidyasekar, Global Research Director, Visionary Innovation Group. “An interesting trend to note is the change in gender strategies, moving from being women-centric to more gender-neutral. In many ways, this is the key to success with this segment. Women are not asking for exclusivity, they are looking for inclusivity — gender-neutral experiences that, unfortunately, are still lacking in many user experiences.”

Organizations value that empathy-driven innovation. I’ve learned that it’s important to shed the competitiveness between genders and focus on each other’s strengths and learn to complement each other.

Although an old report, this McKinsey Global Institute report still holds relevance. The report finds that $12 trillion could be added to global GDP by 2025 by advancing women’s equality. The public, private, and social sectors will need to act to close gender gaps in work and society. Gender inequality is not only a pressing moral and social issue but also a critical economic challenge. If women—who account for half the world’s working-age population—do not achieve their full economic potential, the global economy will suffer. While all types of inequality have economic consequences, in McKinsey Global Institute (MGI) report: ‘The power of parity: How advancing women’s equality can add $12 trillion to global growth’, the focus is on the economic implications of lack of parity between men and women.

Heidrick & Struggles report has a special finding of the India scenario in gender inclusion. According to the survey, India has an inconsistent history of women’s advancement, shaped by cultural norms that strongly favor males from birth. The country’s gender inequality is difficult to tackle, as women in India have a low 27% rate of workforce participation. But there have been some positive trends, such as the higher-than-average share of women with artificial intelligence skill sets (22%), compared with other countries. On the political front, the government has taken a number of initiatives in this area, such as furthering girls’ education, improved healthcare, and maternity benefits, which tackle some of the basic challenges faced by women in the workplace. The Securities and Exchange Board of India has formulated guidelines for the inclusion of women on the boards of listed companies by early 2020. And companies are also implementing their own programs. For instance, tech company ThoughtWorks created a computer programming boot camp specifically for women developers who have left the field but are interested in reskilling and re-joining the technical workforce.

Some reports are rosy, while others bring out the bare facts. The Zinnove-Intel India is one such report that highlights were India stands in terms of gender diversity. Zinnov, a leading global management consulting firm, in collaboration with Intel India, released the findings of their in-depth study titled, Zinnov-Intel India Gender Diversity Benchmark as part of an industry initiative Be-WISE (Women Innovators, Social Leaders, and Entrepreneurs), that aims to accelerate inclusive participation of women in the workplace.

The study evaluated 60 companies from the Indian ecosystem, comprising Global Capability Centers (GCCs), Technology Service Providers, Start-ups, and Indian companies to gain an understanding of the current diversity landscape, with the intent of baselining key practices to improve diversity. It also analyzed the statistics around gender diversity and various organizational policies and practices that give a comprehensive perspective of women in corporate India.

The study finds that even though women make up 48.2% of India’s population, a huge gender disparity continues to exist in Indian workplaces. Most companies surveyed have been running diversity programs for many years, which has led to them making modest progress. However, the numbers have still failed to move the needle; the big leap is missing. In order to make significant progress in the inclusion of women in the workplace, companies across the board need to align on a few common priorities and themes, and more importantly, collaborate.

Pari Natarajan, CEO, Zinnov, says, “Concerted efforts over the years have moved the needle from 21% to 30% for the diversity numbers. However, the commitment to change needs to move beyond an organizational setting and include an ecosystem-wide lens. Enabling Science, Technology, Engineering and Mathematics (STEM) career options for young women, supporting women-led start-ups, and encouraging other women entrepreneurs are some of the more impactful initiatives that organizations need to actively look at.”

For the past few years, global corporate companies have shown increased impetus on policy related to Diversity and Inclusion (D&I). Deloitte has found that millennials view workplace diversity as the combining of different backgrounds, experiences, and perspectives, and they believe taking advantage of these differences is what leads to innovation. Millennials don’t believe in gender discrimination.

Salesforce, on the other hand, says that the company is dedicated to promoting gender equality in the workplace by empowering, supporting, and investing in its global community. Equality is a core value at Salesforce, and one of the most powerful examples is their ongoing commitment to equal pay. To date, Salesforce has spent a total of over $10.3 million to ensure equal pay for equal work. Women currently make up 33.0% of its global workforce, which is up from 31.6% in 2018. Beyond this increase in representation, the overall number of women working at Salesforce increased by 28.3% — which is nearly 2000 additional female employees.

Honoring women this year, Google has launched DigiPivot, a skilling program designed for women who are looking to return to their corporate careers after a break or simply planning to make mid-career shifts to digital marketing. Developed jointly in association with Avtar and the Indian School of Business, the program aims to influence the overall gender mix in the digital marketing landscape in India and will provide an opportunity for 200 Women Professionals to re-skill themselves and become India’s next set of Digital Marketing Leaders.

Selected participants will go through a curated 18-week learning program and engagement (both offline and online) that aims to empower the participants with digital marketing knowledge and tools as well as mentorship on strategic leadership skills. The program will culminate in a day-long Graduation event at the Google Hyderabad Campus on 28th August 2020.

The program is open to both women professionals who are currently working and those who are keen to return to the workforce with 4-10 years of experience in consulting, analytics, branding and sales and support with passion for digital marketing. The program is completely sponsored by Google and does not require participants to contribute to any registration, participation, travel or accommodation fees.

It’s all in place – organizations, NGOs, government bodies, self-help groups, skilling programs, everything. The world is doing its best to get more women into technology. But the question is are women motivated enough to get into the workforce? There is still a long way to go in accomplishing that!

Women have to just draw a positive attitude and professionalism, along with a lot of hard work to overcome the struggles and fill the gaps, and set the platform ready for future generations to come.

Posted by: Anusha Ashwin
View more posts
Tags:International Women's Day 2020
Stereotypes No More; Gender Discrimination No More – Women are certainly inclusive in shaping tech for a better world 0 out of 5 based on 0 ratings. 0 user reviews.
Binge on Super Content over the Holi Weekend on Airtel Xstream
#EachforEqual: We women have broken barriers. These voices say it all!

#EachforEqual: We women have broken barriers. These voices say it all!