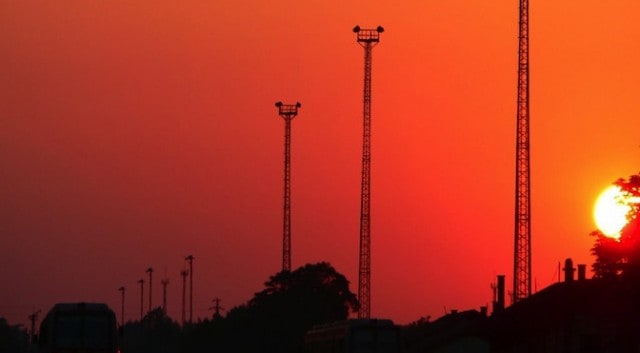 In keeping with the long-standing demand of the industry, Telecom Regulatory Authority of India (TRAI) recently released guidelines to allow service providers to share their spectrum for efficient usage.

According to the TRAI guidelines: The basic objective of spectrum sharing is to provide an opportunity to the Telecom Service Providers to pool their spectrum holdings to enhance spectral efficiency. Spectrum sharing would involve both the TSPs utilizing the spectrum. Leasing of spectrum is not permitted.

Spectrum sharing benefits are many. The recommendations will likely increase efficiency in network operations, which will improve quality of service. Spectrum sharing would also lead to faster rollout of networks, which would in turn enhance the industry’s revenue. Besides it will benefit telcos with large holding of spectrum like BSNL, MTNL, Bharti Airtel and Reliance Communications.

Though the industry believes that it is a step in the positive direction, the opinion is divided on whether spectrum sharing will have any major impact on resolving the spectrum crunch.

“Guidelines are okay but we should not over-estimate the impact of these guidelines. Firstly, there is not enough spectrum for telcos to share. Secondly, there is no major shortage of 2G spectrum except in busy commercial areas. However, it is different for 3G where no private operator has spectrum in all the circles. But the present guidelines do not permit sharing across the frequency bands or circles. These guidelines only permit pooling, if both sides have some similar spectrum already” says Mahesh Uppal, Director, ComFirst and a well-known telecom consultant.

This view is echoed by Cellular Operators Association of India (COAI), which represents the GSM operators in the country. “We feel that the real benefit of spectrum sharing can only be obtained if the sharing is allowed in all available bands. Hence, the spectrum sharing arrangement should not be limited between licensees having spectrum in the same band,” says Rajan Mathews, Director General, COAI.

The biggest dampener for the industry is that TRAI has imposed additional 0.5 percent of AGR in case of spectrum sharing. “Considering the fact that spectrum sharing results in additional quantity of spectrum with both the licensees to serve higher number of consumers, the SUC rate of each of the licensees post-sharing shall increase by 0.5% of AGR,” state the TRAI guidelines.

Predictably, the industry is not enthused about this additional charge. “The additional SUC of 0.5 percent is a dampener. It will take away from the benefits that telcos would have got as a result of spectrum sharing. I believe that this should definitely be revisited. Ideally there should not be any additional charge for spectrum sharing,” says Rohan Dhamija, Partner, Head – India and South Asia, Analysys Mason. Though it is clearly not in telcos interests, SUC is unlikely to emerge as a major deterrent.

Besides SUC, TRAI also recommends that 50 percent of the spectrum held by the other license in the band being shared shall be counted as the additional spectrum being held by the licensee. “Spectrum cap would act as a barrier for sharing between some operators. We thus suggest that there be no cap on spectrum sharing. The policy should aim at giving equal opportunity to all operators, irrespective of the amount of spectrum they hold,” explains Mathews of COAI.

TRAI’s recommendations also lead to a major ambiguity in the 3G roaming. The recent TDSAT ruling had allowed the service providers to offer 3G in circles where they didn’t own spectrum. However, according to these recommendations the telcos can share spectrum in a particular band only it they own spectrum in that band. The Regulator would need to resolve this ambiguity soon.

Some in the industry believe that spectrum trading might have been a better option than spectrum sharing. “Spectrum Sharing and Spectrum Trading complement each other. While Spectrum Sharing is primarily between two existing operators, which leads to efficient utilization of combined spectrum of both the operators; Spectrum Trading is primarily between operators when one operator is not using the spectrum efficiently and perhaps intends to exit the business. Thus, both spectrum trading and sharing are required by the industry. One provision alone would not serve the purpose effectively,” explains Mathews.

The new guidelines can enable the telcos to go for joint network planning, which can help them to bring down operational cost of running networks.

In spite of the general acceptance of the TRAI guidelines, one can expect a few changes before the guidelines are finally cleared by the Department of Telecommunications (DoT).

Posted by: VoicenData Bureau
View more posts
Tags:India Telecom, Spectrum
Spectrum sharing as a solution 0 out of 5 based on 0 ratings. 0 user reviews.
The public trust doctrine in Spectrum
A development use case for mobile data

The need to resolve the conundrum surrounding the spectrum, as a ‘Public resource, and National…

As the race to launch 5G services intensifies, the GSMA highlights the need for governments,…

In an announcement released recently, India’s telecom regulator TRAI has invited public views on the…