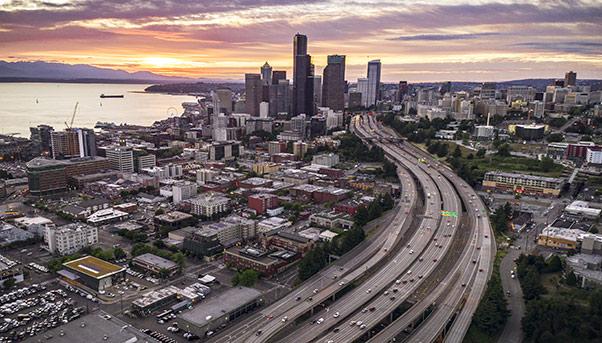 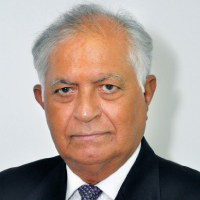 Robust Telecom Infrastructure is an essential enabler for telecom growth which is important for economic development and improvement of the quality of human life. In the last decade, mobile service providers, device makers, and internet companies built a virtual second world for us to live, work, and play in; a digital one. The sector has emerged as a key enabler of digital India, with various new services and applications like digital payments, Aadhar, financial inclusion, e-governance, e-commerce, etc. dependent upon the creation of robust telecom infrastructure. During the last few years, growth became data-centric as the proportion of 3G and 4G customers has risen dramatically.

Not only the broadband subscriber numbers have grown, the data consumption per subscriber has also grown at an astronomical pace, the current consumption being 11 GB per wireless subscriber. Overall, the average consumption per user has increased 14 times over the last four years, at a CAGR of 93%. The increase is driven by an increase in data subscribers and mobile video consumption.

The pandemic COVID-19 has acted as a big catalyst for the rapid acceleration of the digitalization process globally. In order to observe social distancing, the telecom sector has played a stellar role by enabling work from home through virtual meetings, remote work, etc. In fact, telecom connectivity enabled through a robust and resilient infrastructure ensured business as usual during the “new normal” situation due to the pandemic. As a result, the data consumption rose exceptionally, with a change in traffic patterns from business districts to suburban areas.

The much-needed support that telecom extended to distance-learning, telemedicine, e-commerce, entertainment, social media, etc., established the criticality and essential nature of telecom services beyond doubt. According to per media reports, the average per-user data consumption in India jumped by at least 20% during the early days of the lockdown, and it now hovers at 12.4 GB per subscriber per month.

The journey had effectively started in 1994 when in line with New Economic Policy 1991, the government opened the telecom sector for private investments. The regulatory functions of the Department of Telecommunications (DoT) were hived off to an independent regulator, Telecom Regulatory Authority of India (TRAI) in 1997. BSNL was carved out of DoT for the separation of its policy functions and telecom operations. Subsequently, an Appellate body, TDSAT, was formed for dispute settlement with the amendment of the TRAI Act in 2000.

The telecom tower industry also played a critical pivotal role in the unhindered growth of the country’s telecom sector. It is quite evident that the growth of telecom services could not have been possible without a robust and ubiquitous telecom infrastructure.

The tower sharing model has led to faster geographic rollout, improved quality of service and lower prices for consumers

In 2000, the telecom infrastructure industry came into existence with DoT inviting applications for registrations. Prior to that, telecom service providers were installing towers and other passive infrastructures on their own and there was no sharing. Even up to 2005, the telecom towers were being operated under an integrated model and no sharing was taking place. Only a few operators shared towers on the barter system.

Post-2005, the tower industry evolved under independent tower companies which maintain and install assets like the tower and related infrastructure for renting and leasing to telecom service providers for providing cellular telecom services. The concept of sharing became popular as the towers were shared in a non-discriminatory, transparent and cost-effective manner by a neutral and independent infrastructure service provider.

The telecom sector requires continual investments for ever-increasing capacity and coverage requirements as well as due to technological evolution. The tower companies/IPs reduced the capex burden on telecom operators and brought in much-needed investments through a novel concept of “sharing”.

The sharing model resulted in huge savings for the sector in terms of capex and opex, and brought in energy efficiencies as well as a significant reduction in carbon footprint including duplication of resources. The model has led to faster geographic rollout, improved quality of service, and lower prices for consumers. Over a period of time, the infrastructure providers gained expertise in their core operations leading to skilled manpower, efficiency in operation and maintenance, and reduced energy expenses. The tower sharing has been the benchmark concept globally and has become a Harvard Business study.

The Government of India has embarked upon the Digital India mission; to transform the country into digitally-empowered society and knowledge economy. The mission is to drive economic growth and improve the quality of life of people by enabling local development and harnessing technology that leads to smart outcomes.

Hundred smart cities are being set up with the objective to promote cities that provide core infrastructure and give a decent quality of life to the citizens, a clean and sustainable environment and application of smart solutions. Telecom infrastructure providers have also participated in the smart city programme in Vadodara, New Delhi, Bhopal, and Dehradun.

The telecom market in India has shrunk from a 10-12 player market to a mature four-player construct. The carrier-neutral tower company model, which hinged on tenant addition, has to be rebuilt, reloaded, and rebooted as well. The market is now data-centric, aided by reduced prices of smartphones, data tariffs, and availability of various kinds of applications and services over the smartphones.

The Indian telecom market today is characterized by high data demand and the market is expected to witness a 5x increase in mobile data traffic during 2019-2024. The bourgeoning data need has given rise to the demand for new infrastructure and services. New generation technology such as 4G, 5G and internet of things (IoT) require formidable network performance, which has triggered the need for diverse infrastructure mix

The growth of macro sites are expected to be modest in the coming years, majorly driven by capacity expansion for data services for 4G services in the immediate term, and later for the 5G launch. Going further, the enhancement of scope for active infrastructure within the IP I registration would prepare the tower companies to embrace emerging opportunities in small cells, Wi-Fi, IoT, fiber-to-the-tower, etc.

The telecommunication sector is preparing for the next generation of an ecosystem where data is the mainstream and enabler for the upcoming technologies such as IoT, blockchain, virtual and augmented reality (VR/AR), and artificial intelligence. Keeping in pace with the growing data consumption, the tower companies are reshaping their business models and exploring newer business avenues such as small cells, in building solution, fibre leasing, data centres, and Wi-Fi deployments by leveraging the sharing concept.

The transition of the tower companies from mere infrastructure providers to providers of digital telecom infrastructure will enhance their visibility and demand in the telecom ecosystem value chain as the country ushers into the digital era.

The ubiquitous rollout of 5G would require mushrooming of small cells and huge backhaul bandwidth which could only be enabled by tower fiberization. Several challenges are being faced by IP1/ TSPs in the states, like the multiplicity of documents, no common uniform policy, coercive threats by local bodies, etc. It remains to be seen how India meets these challenges.

The number of telecom towers required to roll out 5G may be double than the current numbers. 5G would require rollout of small cells as it would be operational on a higher frequency spectrum and therefore, lesser coverage. Small cell rollout may require special provisions for street furniture, government land, and buildings, metros, bridges, etc. In order to be future-ready and for continually developing a robust infrastructure suitable for new generation technology, TAIPA has been engaged with the government and the regulator and has provided its recommendation.

The carrier-neutral tower company model, which hinged on tenant addition, has to be rebuilt, reloaded and rebooted as well.

To summarise, the infrastructure providers are in the transformational mode to support the data-centric growth in telecom services, which would continue to grow as the technology evolves to 5G aided by reduced data prices, smartphones, and mobile applications.

The author T R Dua is Director General of TAIPA

Posted by: VoicenData Bureau
View more posts
Sharing infrastructure for growth 0 out of 5 based on 0 ratings. 0 user reviews.
The bell that has been echoing since 1995
Rakuten-Telefónica cooperation confirms high market momentum in ORAN deployment