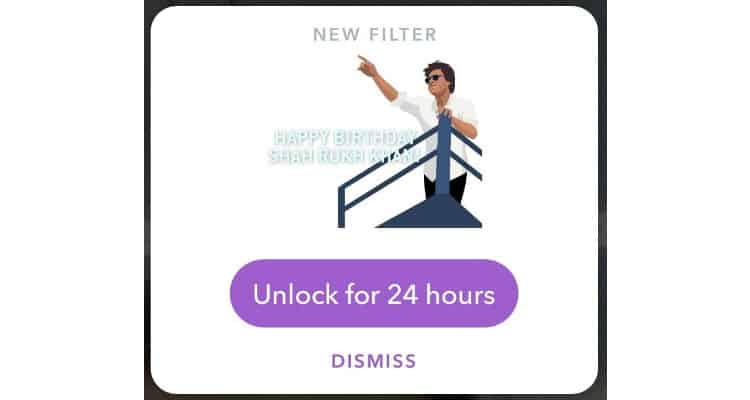 The King of Bollywood, Shahrukh Khan, today made his debut on Snapchat, as one of the newest Official Stories on the popular photo-messaging app.

To celebrate King Khan’s 53rd birthday,  Snapchat has introduced a unique Filter for diehard SRK fans. Every year on the superstar’s birthday, thousands of fans gather outside Mannat to get a glimpse of the star. Inspired by this tradition, Snap has developed a custom illustration of Shahrukh Khan in his traditional pose, waving to his fans, which Snapchatters can overlay on their Snaps!

We’re excited to launch our first-ever Bollywood star-inspired Filter for Snapchatters to create their own Snap moment and celebrate with King Khan. Please find the link to the Filter created for his birthday, which went live in the app today. Here’s the Snapcode (iamsrk) for you to scan to add SRK on the app and be a part of his birthday celebrations.

Yo Yo Honey Singh now an Offical Story on Snapchat

Snapchat introduced a new way to celebrate your friendships on Snapchat. Just tap on a…