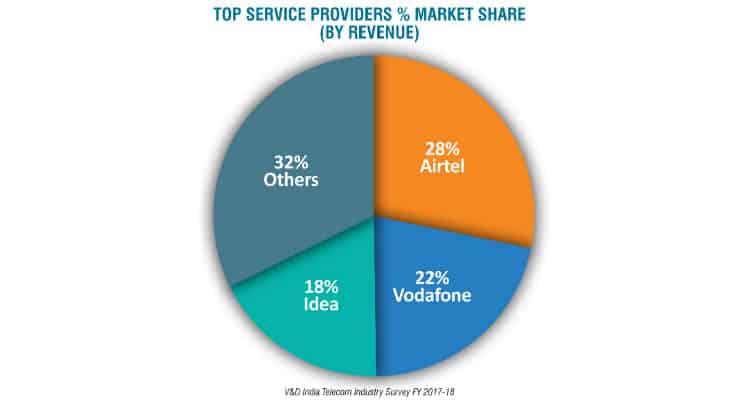 Mobile services are, perhaps, one of the few telecom services that not only has changed the communications behaviour of individuals and enterprises, but also keeps the entire telecom industry on tenterhooks.

FY 2017-18 has been on the anticipated lines where the industry has now become bifurcated between the incumbents and the challenger operator. Alongside, are some of the critical decisions that saw a lot of deliberations within operators. For instance, 5G roadmap. Should the operators go for it and how? Where shall the investments come from? What are the expected revenues ? Is the ecosystem ready for 5G? Such were the kind of questions that the entire operator community had been busy with through the year. 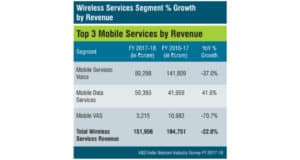 From the current operations’ perspectives, enabling VoLTE as well as customer retention were two key challenges being dealt. After the launch of Reliance’s Jio services, the data consumption as well as pricing of data, saw new definitions, not only for the Indian telecom, but, also set the new norms in a global perspective.

As of today, the status of VoLTE is still unclear; however, the incumbent operators like airtel and Idea did roll out VoLTE services in few telecom circles. What all industry gazers are watching out closely is when the incumbents can switch to an all VoLTE scenario. It may not be easy as well as making a business sense to have all VoLTE networks as India still has over 550 million users enabled through a 2G Featurephone. Although, options like ‘Fusion phone’ (as coined by CMR) – the 4G enabled Featurephones with some level of app ecosystem – are now there in the market, but, the operators cannot force the existing subscriber base to throw away their 2G Featurephone for a Fusion phone. The bottom line is that 2G is going to stay for a while in India. 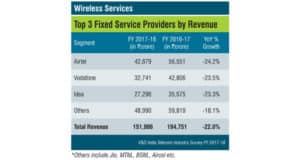 The other important development in terms of opportunities, was of course looking for connecting beyond people. With the entire ecosystem ramping up towards 5G, as well as IoT becoming a reality than being a hot discussion topic, operators kept themselves busy with exploring what IoT has for them. India has already surpassed over a billion users. With IoT, the number of users shall take up a new growth as a single person shall be connecting several devices over a cellular network. From the regulatory aspects, India has already now 9 sims allowed per users and 13-digit numbering system also stands approved. It is now only the journey towards implementation.

However, IoT, as the trends suggest, is going to strike in the industrial space first and then we shall see consumers embracing it. Even some of the consumer centric use cases, like Smart City, Smart Energy, Wearables, etc., are most likely to adopt the B2B2C orientation. The operator may not directly engage with the individual consumers, and an IoT application provider would mediate in between.

Ramping up for IoT means that operators shall have to acquire skills as well as competencies in advance IT skills and techniques on application as well as network layers. Be it working with AI and ML or developing Virtualisation and Edge Computing within the networks. This may not happen all be done by operators by themselves and spark a new collaboration era between the traditional IT and Telecom entities leading to a new phase of conversion, giving it a new meaning.

The other opportunity for the mobile operators is from OTT or OTA (Over the App) to be specific. At the moment, operators have been looking mainly at the entertainment opportunity. As a result, all leading operators did launch their TV and VoD app, which is fast becoming the alternative to the traditional TV entertainment. As entertainment becomes personal, consumption over a personal device like Smartphones is increasing throwing open a lot of opportunities for the content to be consumed over apps. As of now nothing beyond entertainment is gaining traction in terms of content being consumed over Smartphones using a cellular network. Going forward, there could be a couple more opportunities for the operators to develop apps for. These could include healthcare and education in consumer space.

From the structuring of the operator segment, the biggest thing to watch would be how the space evolves once the mergers and acquisitions are finally over. This is going to create three big entities of airtel, Jio and Vodafone (including Idea) in the market, besides the state run MTNL/BSNL. What would this turn out to be a consumer as well as the other stakeholders including government, suppliers, etc., is yet to be seen and can only be speculated.

The other issue, more from technology side would be how to proceed for 5G and wrap up the 2G networks. While, in a couple of years we may not see users on 2G, the same might be used by operators for narrowband IoT applications.