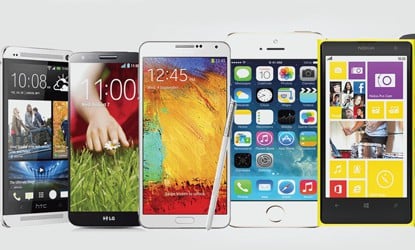 NEW DELHI: Riding on a number of launches in different price segments, handset maker Samsung has managed to regain its leadership position in the smartphone space in first quarter of current year.

The company recorded higher market share in feature phones during the first quarter of 2015 as against the previous quarter.

Micromax ranked no2 as it registered a 12.1% decrease in terms overall mobile handset shipments and its market share stood at 16.2% as compared to 17.8% in Q4 2014, respectively.

Meanwhile, the India smartphone market plunged by 7% sequentially during the January to March quarter 2015 and India’s mobile handsets market declined 15% in terms of overall shipments over Q4 2014, to 53 million mobile handsets of which, 37% (19.5 m illion ) were smartphones, the research firm said.

Faisal Kawoosa, Lead Analyst, Telecoms Research at CMR said, “With major announcements of new handsets and entry of some new brands happening in a big way in 4Q CY 2014, there wasn’t really something very exciting in the market for customers that could push up sales in 1Q CY 2015. At the same time, change in duty structure and the consequent impact on the supply chain due to the Chinese New Year festivities contributed to the market contraction.”

Microsoft’s consolidated its position with 9.6% share in 1Q CY 2015, compared to 10.8% in the previous quarter for the overall mobile handsets market.

The Minister of Railways and Commerce & Industry Piyush Goyal, on April 2nd, through a video…