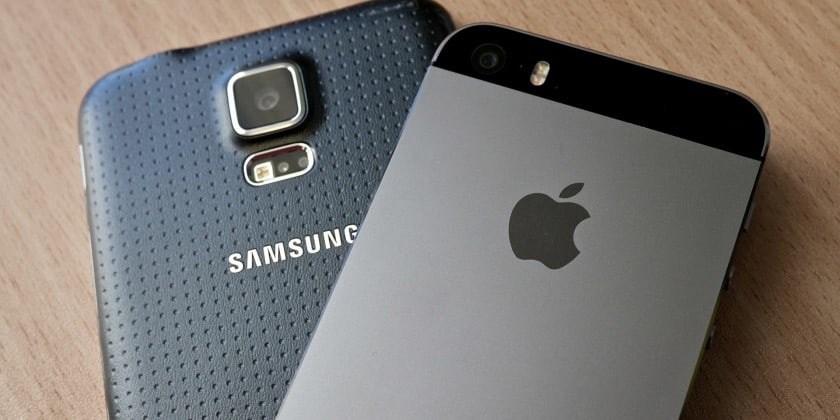 In 2016 overall, smartphone sales to end users totaled nearly 1.5 billion units, an increase of 5 percent from 2015. “This is the second consecutive quarter in which Samsung has delivered falling quarterly smartphone sales,” said Anshul Gupta, research director at Gartner. “Samsung’s smartphone sales declined 8 percent in the fourth quarter of 2016 and its share dropped by 2.9 percentage points year on year.”

Samsung has also faced growing competition in the midtier and entry-level smartphone segments from Huawei, Oppo, BBK and Gionee, which all grew their sales each quarter.

It has taken eight quarters for Apple to regain the No. 1 global smartphone vendor ranking, but the positions of the two leaders have never been so close, with only 256,000 units difference. “The last time Apple was in the leading position was in the fourth quarter of 2014, when its sales were driven by its first ever large-screen iPhone 6 and 6 Plus,” said Gupta. “This time it achieved it thanks to strong sales of its flagship phones — the iPhone 7 and iPhone 7 Plus; it also benefited from the weakened demand for Samsung’s smartphones in mature markets such as North America and Western Europe, and in some mature markets in Asia such as Australia and South Korea. Top Chinese Smartphone Vendors Grew Share by 7 Percentage Points in Fourth Quarter of 2016.”

Huawei, Oppo and BBK accounted for 21.3 percent of smartphones sold to end users worldwide during the fourth quarter of 2016, an increase of 7.3 percentage points year on year. ” Huawei introduced Mate 9 during the quarter — within a month of Samsung discontinuing the Galaxy Note 7 — which was good timing to position it as an alternative,” said Gupta.

Huawei’s premium smartphone offering has helped it to reduce the gap with Samsung during the fourth quarter of 2016, with a difference of 36 million units. In the same period last year, the gap between the two vendors was more than 50 million units. “Huawei is poised to reduce the gap further with the No. 2 global smartphone vendor,” said Gupta. “Mate 9 with Alexa will start shipping into the U.S. in the first quarter of 2017.”

Offering high-performance, front-facing cameras and fast charging smartphones led Oppo to maintain the No. 1 positon in China during the fourth quarter of 2016. Its strong position in China and continued growth of sales in the markets outside China have helped Oppo position itself as the No. 4 smartphone vendor worldwide.

BBK’s focus on quality, design and strong branding initiatives has positioned it as a strong mobile phone brand in China and India. BBK continued its hold on the No. 2 position in China and was marginally ahead of Huawei during the fourth quarter of 2016. BBK’s strong performance in India, where its sales grew by 278 percent in the fourth quarter of 2016, and more than 363 percent in 2016 overall, allowed it to emerge as the No. 5 smartphone vendor worldwide.

Top Chinese brands such as Oppo, BBK, Huawei, ZTE, Xiaomi and Lenovo are aggressively expanding into markets outside China, where they will continue to disrupt the top smartphone players in 2017. “Samsung needs to successfully launch the next Galaxy flagship phone in order to continue the momentum Galaxy S7 generated, and win back lost customers by launching a new large screen and stylus-equipped smartphone,” said Gupta.

NTT announced it was positioned in the highest ranking in the Global Network, Intra-Asia/Pacific Network…