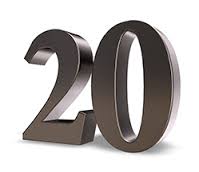 BENGALURU: Korean electronic major Samsung Electronics has completed 20 strong and successful years in India, growing from a one-room, two-employee start-up to one of the country’s biggest and most trusted consumer brand in India.

Samsung says that in its journey that started in 1995, the company has set new benchmarks in innovation led manufacturing and consumer marketing, and established itself as a truly national brand. Along the way, it effectively consolidated its position in India with two factories, three R&D centers and a design center, employing over 45,000 people and establishing the largest sales and service network by any company in the country. By not only fulfilling its commitment to ‘Make in India’, but also living its promise of ‘Make for India’, Samsung has emerged as a truly Indian company at heart.

Commenting on this, HC Hong, President and CEO of Samsung India, said, “The last two decades has been a glorious journey for Samsung India. Along the way, we touched millions of hearts and became one of India’s biggest multinational corporations by revenue. This achievement is a result of the collective effort of all our colleagues, partners and consumers who have stood by us and believed in us over these years. Thank you India for helping us successfully reach this great milestone. We believe in co-prosperity, and the entire Samsung India family looks forward to continued support from across the country as we prepare for the Next 20 years and beyond.”