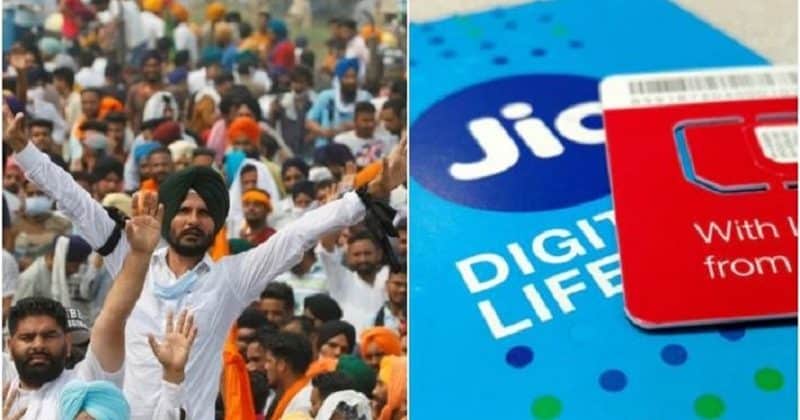 Reliance Jio alleged in a letter dated December 10 that the two companies Bharti Airtel and Vodafone Idea had created an impression that Jio, which also operates retail operations, would benefit from three new agricultural laws adopted in September by the Indian government.
The telecommunications arm of Reliance, Jio, has sought action against rivals Vodafone Idea and Bharti Airtel. Reliance Jio accused Vodafone Idea and Bharti Airtel of resorting to “unethical ways and spreading “frivolous rumors” in a letter to the regulator that Jio would somehow reap from the three new farm bills of the Centre.
“We once again bring to your kind attention that as a result of aforementioned false propaganda of competitors to affect customer perception, we have been receiving a large number of ports out (cancellation) requests,” Reliance Jio said in the letter to the Telecom Regulatory Authority of India, which was seen by Reuters.
Jio requested TRAI to take strict action against Airtel and Vodafone Idea (Vi) for resorting to unethical ways and spreading frivolous rumors about it gaining from farm bills. Airtel, however, wrote to the telecoms regulator in response to the complaint, describing the complaint as “outrageous” and “scurrilous”.
Airtel said in its letter: “Airtel has operated in the telecom industry for 25 years. During this period, we have competed hard in the market place and striven to serve our customers with excellence. At the same time, we take great pride in treating our competitors and partners with respect.”
“Despite being provoked by some competitors who we know will go to any length to make baseless allegations, adopt bullying tactics and use intimidatory behavior we have always conducted our business with character and transparency something that we are deeply proud of and known for.” It said that the current complaint deserves to be dismissed.
“It is in poor taste and is scurrilous, to say the least,” Airtel said.

Vantage Towers, the European arm of Vodafone concerned with making and operating mobile towers, has…