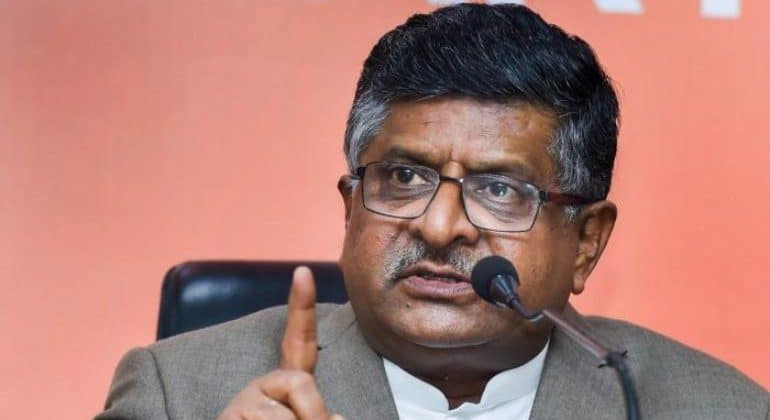 COVID-19 and the Digital Divide

Prasad also said that technology is meant to be a “great equaliser” and not a source of division. Speaking at the UN High-Level Thematic Debate on Digital Cooperation and Connectivity: Whole-of-Society Approaches to End the Digital Divide, he said that last year made the world embrace “the world embraced digital transformation at a pace never witnessed before”. Furthermore, he said that COVID-19 forced communities to reimagine technology and its roles in daily lives of people.

He called for making sure that the digital revolution is inclusive by “creating an environment where nobody is left behind”. He also said that technology’s impact will depend on choices made by people.

Prasad said almost half the world’s population does not have access to high-speed broadband. He also said that that population is hence deprived of access to virtual platforms, telemedicine, distance education and e-payments.

Citing the same, Prasad said the COVID-19 pandemic also highlighted the critical need for cutting-edge technology tools and innovation. He specifically mentioned the areas of tele-education and telemedicine.

He also pointed to the fast development of apps like Aarogya Setu and Co-WIN to show India’s efforts. Further, Prasad said that India launched the Pan-Africa E-Network, which will provide free tele-education and telemedicine services to developing countries.

Along with this, he highlighted the need of digitization. Prasad said that it can support waves of change that could dramatically shift to a more efficient governance system.

“We need to make technology an enabler for sustainable development, economic growth, social inclusion and environment sustainability”, he said.

Prasad then talked about the need to create a “more equitable and effective digital ecosystem”. He suggested doing so  “by continuous skill development, increased access and affordability of digital technology”.

Prasad said at the General Assembly event that India has taken a concerted decision to adopt a whole-of-society approach to digital technology and improved public services, citizen engagement and accountability.

Notably, in 2015, the government launched Digital India. Digital inclusion and empowerment were the core aims of this initiative, with technology-based solutions that are affordable and easy to use. As a result, today, India has the second-largest internet user base and is the second-largest mobile manufacturer. India also offers the cheapest internet data tariffs in the world.

“We aim to develop India as a USD 1 trillion digital economy by 2025,” Prasad said.

The Thematic Debate on Digital Divide

Out of these 3.7 billion people, the majority of them are women, and most of them are in developing countries.

“The COVID-19 crisis has highlighted this disparity. While confronting the pandemic, those without Internet access have been unable to benefit from remote education, remote work, or remote health services. Without decisive action, the digital divide will become the new face of inequality,” she said.

Telcos have dismissed the rumours circulating that 5G trials are spreading COVID-19. Via COAI, the…

On Tuesday, electronics giant Samsung and phonemaker Vivo have pledged to contribute Rs 37 crore and…

Chip Shortage Will Stay for ‘Couple of Years’: Intel CEO