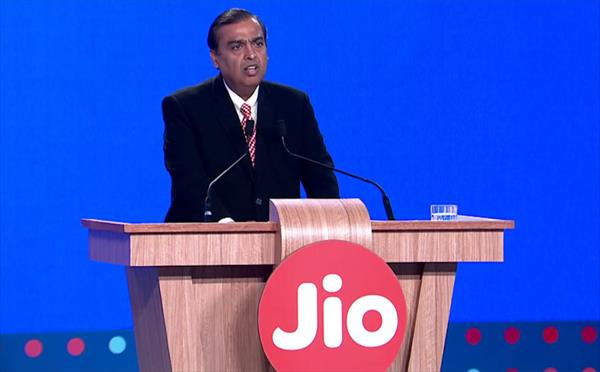 In the most captivating AGM, delivered by Mukesh Ambani of India’s pride conglomerate – Reliance Industries Ltd. (RIL), a slew of unbeatable and the most digitally advanced telecom solutions were announced making Jio crush all competitors in the segment.

The plan entails the users to get up to 1 GBPS speed and the tariff plan will start at 100 GBPS at Rs 700 a month. The plans will go up to Rs 10,000 per month depending on the data plan. Voice calls on the landline telephone given with the broadband will be free.

With JioFiber, users can get lightning-fast broadband speeds of up to 1 GBPS. Users will get a landline phone connection, at no additional cost. And also the user will avail a DIGITAL SET-TOP-BOX that opens up unparalleled digital experiences within your home.

Jio tariffs will be based on FOUR strong and powerful principles. First principle: JioFiber will launch with a line-up of simple and easy to understand tariff plans. On performance – the average fixed-line download speed in the US which is the most developed economy is around 90 Mbps. In India even the most basic JIOFIBER plan will start with 100 Mbps speed and will have plans all the way up to 1 Gbps or 1000 Mbps.

This is expected to disproportionately improve the quality of fixed-line data in India. The pricing of the plans has been planned at less than 1/10th of the global rates, to make it accessible for all. JioFiber plans will be priced between ` 700 to ` 10,000 per month to suit every budget and every need.

The winning plan here is that the customers should pay for only one service, either voice or data. Not both. With this Mukesh Ambani said that voice calls from HOME to any Indian operator – mobile or fixed – will be ABSOLUTELY FREE Forever.

Posted by: VoicenData Bureau
View more posts
Ranging from Rs 700 to 10,000, JioFiber to be available from September 5th 0 out of 5 based on 0 ratings. 0 user reviews.
Visit Health proves that multiple innovations in service offerings can attract marquee investors and customers
Jio’s alliance with Microsoft to benefit startups gain access to affordable cloud infrastructure