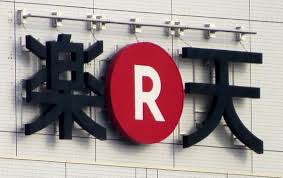 NEW DELHI: Tokyo-based Japanese e-commerce giant Rakuten Inc has announced the opening of the Rakuten Blockchain Lab (RBL) in Belfast, UK, planned for August 22, 2016. RBL will be a dedicated research and development organization within Rakuten, focused on blockchain technology and its potential applications in the fintech and e-commerce sectors.

The establishment of RBL follows the acquisition by Rakuten of IP assets from Bitnet Technologies Ltd., operators of a digital payments platform powered by blockchain. RBL day-to-day operations will be headed up by Chief Technology Officer Stephen McNamara and Vice President of Engineering Fergal Downey, both of whom will join from Bitnet. The Lab will be part of Rakuten’s Ecosystem Services organization under its Technology Division, which is led by Fernando Paulo, Executive Officer, Rakuten, Inc.

Yasufumi Hirai, Group Executive Vice President, CIO, CISO and head of the Technology Division, Rakuten, Inc., commented, “Drawing on the significant IP assets and deep engineering expertise of the Bitnet team and combining that with Rakuten’s leadership in fintech and support of innovative solutions, the new Rakuten Blockchain Lab will be our first step toward unlocking blockchain’s potential to revolutionize the way that financial and e-commerce transactions are conducted.”

“We are delighted that Rakuten have chosen to open their new Blockchain Lab here in Belfast.  There are so many great opportunities for blockchain technologies inside Rakuten and the newly created lab will be instrumental in delivering new and innovative solutions” said Fergal Downey, VP of Engineering of the new Rakuten Blockchain Lab.

By Anand Priya Singh, Analyst, CMR Once the leader of the India…

Global smartphone shipments not expected to return to positive growth until Q1 of 2021: IDC