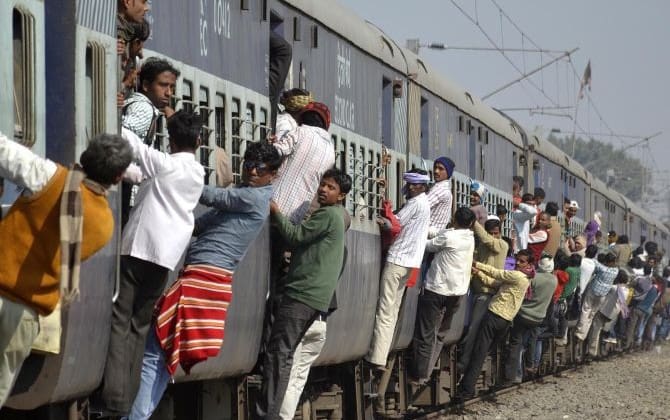 NEW DELHI: The Indian Railways’ budget announcement to set up wi-fi facility in 400 stations across the country will serve as a big business opportunity for telcos.

“We believe that the government’s decision to introduce wi-fi in 400 category B stations across the country could provide huge business opportunities to private telecom players. Companies like Ozone, Tata Tele, Vodafone and MTS have been very active over the wi-fi hot spot space and would be equally interested in implementing the government’s plan,” said Sanchit Vir Gogia, Chief Analyst and Group CEO, Greyhound Research.

An MTS India spokesperson told Voice&Data: “The provision to introduce wi-fi facility in 400 stations across the country in the new Railway Budget presents a big opportunity for a wi-fi services provider like us.  The company has in the past partnered with Rapid MetroRail Gurgaon to offer free wi-fi in all rapid metro trains in Gurgaon, and four metro stations -Sikanderpur, IndusInd Bank Cyber City, Phase 2 and Micromax Moulsari Avenue.”

Tata Tele has made wi-fi services available in more than 1,200 hotspots, and is now expanding services across several cities to increase its revenue from data services. Besides, Sistema Shyam Teleservices (SSTL), which operates in India under the brand MTS India, has partnered with the Indian Railways to set up wi-fi hotspots at Agra, Ahmedabad and Varanasi railway stations by the first quarter of 2015.

The other announcements made by Railways Minister Suresh Prabhu were SMS alert services to inform passengers of delay and departure timings for trains, development of a mobile application where passengers can redress their complaints with regard to railways.

Introduction of mobile app, Kayakalp, for technology upgradation and a second app to address passenger complaints are compelling announcements, if only the government would offer more direction on how it will be achieved. However, it’s enthralling to note that customer experience is the pivot of this Railway budget, Gogia said.
The minister also announced that charging facilities for mobile phones would be extended in all trains and stations and the number of mobile phone charging points would be increased in general coaches as well.

How the GCC’s Telcos are Powering Tech Start-Ups

The region’s telecommunications players have understood what’s at stake, and spending on telco services and…

Telcos are committed to provide customer convenience: Subscribers need not worry about disconnections