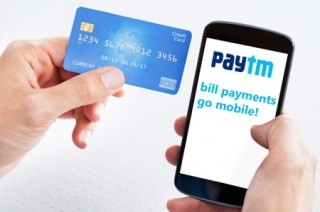 NEW DELHI: India’s largest payments and commerce platform, Paytm announced that its Android app had crossed the 50 million installs landmark on Google Play Store in the second week of November 2016. With this, Paytm’s android user-base has now grown to over 75 million.

Paytm says that the company had worked with several OEM Partners and 3rd party App Stores to drive an additional 25 million android app users. Its steady iOS, Mobile Web and Desktop users take its overall consumer-base to over 150 million. The company has also touched a record 5 million transactions a day and is on the way to process over Rs. 24,000 Crores, more than any other payment network in the country.

Paytm boasts of charting the next chapter in the evolution of the country’s app ecosystem with the Paytm Super app. Over 850,000 offline merchants across India accept Paytm as their preferred payment mode. Paytm is accepted literally everywhere such as taxi, autos, petrol pumps, grocery shops, restaurants, coffee shops, multiplexes, parking, pharmacies, hospitals, kirana shops, newspaper vendors and many more. Paytm can also be used to pay at thousands of apps & websites for services like recharges and bill payments, movie tickets, travel bookings, food ordering and shopping.

Within a year of launching its Online-to-Offline (O2O) payment solution, Paytm has emerged as the fastest growing QR Code-based POS network in the country. Backed by a large payment ecosystem of customers and merchants, the company registered a 700% increase in overall traffic and 1000% growth in the amount of money added to the Paytm account over the last couple of days. During this period, the transaction value continued to be 200% of the average ticket size while the number of app downloads went up 300%. The number of transactions per user also went up from 3 transactions to over 18 transactions in a week. This points to a strong set of repeat customers Paytm has now acquired.

Being the segment leader in mobile payments and commerce, Paytm has partnerships with hundreds of thousands of outlets across various categories. Some of its major offline partners include Future Group, More, Big Bazaar, Spencers, eZone, Croma, Fortis Health World, Indian Oil, Hindustan Petroleum, Mother Dairy, WHSmith, Haldiram’s, Vaango, KFC, Pizza Hut, Barista, Costa Coffee and many more. With its assertive focus on mobile payments, the company is inching closer to its aim of making cashless transactions a way of life across India.

As part of its ongoing mission of helping India go cashless, Paytm, India’s largest mobile payments and commerce platform, last week, introduced the ‘Nearby’ feature on its platform. This will enable Paytm customers to get information about their nearest Paytm merchant.

Paytm ‘Nearby’ will carry a directory of 800,000 Paytm’s offline merchants and partners across India. In the first phase this list is 200,000+ & will continue to grow everyday. Customers on their Paytm app or web can now browse through a list of shops & locations near them that offer services like accepting Paytm, adding cash to Paytm wallet & upgrading accounts by doing KYC. This not only provides convenience to customers but also provides visibility to thousands of small and medium merchants by connecting them to millions of Paytm customers.

Paytm announced the launch of All-in-One QR for merchants across the country. This QR will…