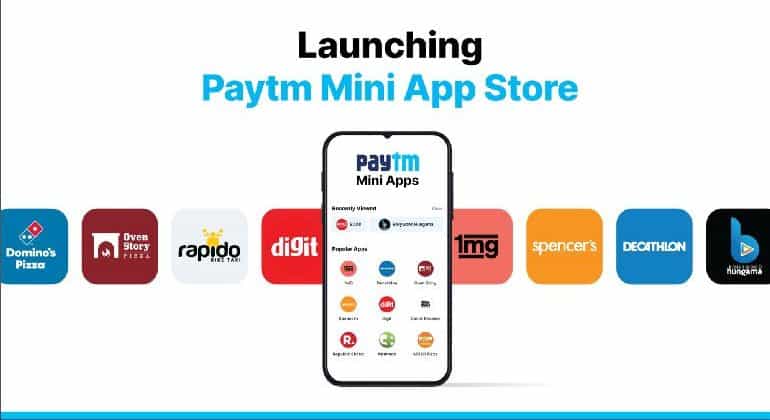 With the Chinese App ban, many Indian App developers found themselves an open market devoid of global player dominance. Soon after the ban, a slew of Indian Apps flooded the market with a promise of more security and native content that appeals our deswasis. The developers challenged that the Apps will out beat the likes of TikTok and other Apps that dominated the social media in India.

Posing yet another challenge to global companies like Google, India’s very own Paytm’s row with the search engine giant led to another major development – Atmanirbharta in App Store

Google had recently ordered a temporary removal of Paytm from Google’s Play Store for violating developer guidelines on real money gaming. Angered by the removal of the app, the Paytm move of creating its own App Store and with its own set of policies on billing and charging seemed like a deliberate consequence of Google requiring developers listed on its Play Store to use its billing service. (Google charges a 30% commission on any transaction made for a digital product or service through its in-app billing system).

So, Paytm, on October 5th, launched its own Android Mini App Store to support Indian developers to take their innovative products to the masses.

Mini apps are a custom-built mobile website that gives users an app-like experience without having to download them, which would greatly benefit millions of citizens to save their limited data and phone memory.

Media houses say that Google, which deferred 30% commissions, is in for a rude-shock given what Paytm has managed achieving with its App Store launch.

Nearly 300 Indian apps are supposedly joining the store without any charges. Unlike Google, Paytm is offering listing and distribution of mini-apps within its own app at no cost.

For payments, developers will be able to give a choice of Paytm Wallet, Paytm Payments Bank, UPI, net-banking, and Cards to their users.

Paytm, Founder & CEO, Vijay Shekhar Sharma, says, “We have created the digital infrastructure to enable small developers and businesses to set up low-cost, quick-to-build mini-apps which can be built using HTML and JavaScript technologies. We provide Paytm wallet, Paytm Payments Bank account, and UPI at zero charges and levies a 2% charge for other instruments like credit cards. Our local India’s app store aims to drive the Atmanirbhar Bharat mission while keeping the digital consumer spends within India.”

It comes with a developer dashboard for analytics, payments collection along with various marketing tools to engage with the users. This app store has been running in beta with select users and witnessed over 12 million visits in the month of September.

Google has a stipulated payment protocol that is expected to be abided by the App service providers. Google apparently has extended the timeline for developers to comply with its payment method to March 31, 2022.

Google also put forth some points to clear the confusion among users with regards to Payments and billing methods through Google.

“Google Play billing is a billing system that supports many ways for consumers to pay — today Play’s billing supports more than 290 forms of payment globally. Over the last several years we have added more local forms of payment in India including credit and debit cards, net banking, carrier billing, gift cards, and all supported UPI apps. And we will continue to engage with developers and consumers on adding additional forms of payment,” says Google in its terms.

Google’s policy requires developers who distribute their apps on Play to use Google Play’s billing system if they offer in-app purchases of digital goods. It also demands a 30% cut for the listing of the apps on Play. Google noted that the payment method is not new and that more than 97 percent of developers with apps on Google Play already comply with the policy.

Google would soon add listening sessions, policy workshops, and extension in the time given to developers to get used to the Google Play billing system.