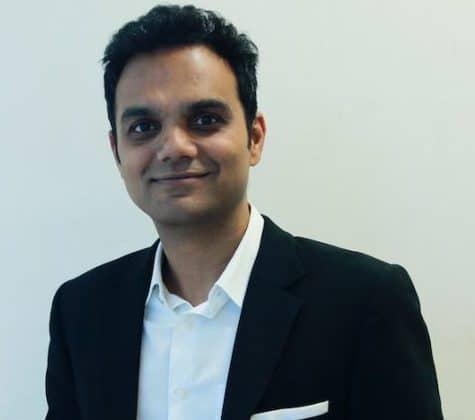 India is currently witnessing a tremendous surge in Over-the-Top (OTT) content consumption and console gaming. Lead player Netflix purports to add 100 million subscribers in India alone and the company has already identified that Indian consumers tend to binge watch faster, i.e. 3 days, against the global average of 4 days. Amazon too has crossed 10 million Prime customers in the country, claimed to be the most in the world. Local Indian OTT providers such as Hotstar, Eros Now, ALT Balaji, Hungama, Zee5, etc. are not far behind either and have large and loyal customer bases.

Placing a product, i.e. a software for these OTT players, to double their service quotient is this niche startup, 18th Parallel. This design-led product company, focused on media and entertainment technology, launched a product called Cannonball that enables Android gaming for the masses on DTH and cable TV set-top-boxes. In a nutshell, Cannonball, a product suite, offers an end-to-end Android TV software platform for a unified user experience across linear TV, OTT, and interactive services.

The inception of 18th Parallel

Startups usually work their way out from a garage with most founders building their ideas from their study rooms. 18th Parallel, similarly, emerged from one of the co-Founder’s living room. Since inception in 2011, 18th Parallel has taken long strides with Nishith Shah, the co-founder and the acting CEO taking the lead. He roped in a few former colleagues with a common vision to manage product and business development. Samir Patel, who is the co-founder and VP of 18th Parallel’s Operations, runs all the back-end operations including dev-ops. Manan Panchal, who is a senior industry executive, joined 18th Parallel two years ago, as the VP of Engineering. Between these three executives, 18th Parallel has over 60 years of consolidated leadership experience. And the revelation here is that 18th Parallel is named in honor of the co-founders’ hometown, Pune, which lies on 18 degrees north latitude.

Arguably, a startup gains prominence through its differential offering right! Nishith Shah and his co-founders did right by creating a product that stands different from the conventional software services for OTT players. The difference in the offering is explained by Shah. He says, “18th Parallel is a tech startup that has carved out a space for itself amidst media-tech giants and thus has an inbuilt culture of technology innovation that will enable it to not just survive but thrive in this industry. While most of the OTT service providers have taken a mobile-first strategy, they all recognize that for long-form content, such as movies and TV shows, the natural destination is the TV screen in people’s homes. And the most reliable and best monetizing distribution channel for TV content is via TV operators. Hence we wanted to establish 18th Parallel as a software platform for a unified linear and OTT TV experience and be a long-term partner for OTT service providers.”

Shah and his team brought out Cannonball as an end-to-end Android set-top-box software platform for a unified user experience (UX) across linear TV, OTT, and interactive services. The software suite has created a mark for its ability to offer significant features to both the TV operator as well as the consumers.

At the TV operator’s end, Cannonball provides them with operator-grade, optimized, and fast-booting version of Android (Google certified Android TV or AOSP) combined with remote monitoring and management, remote incremental OTA, and single sign-on and billing gateway for OTT apps. The operators also benefit from the software’s ability to gauge audience preferences across linear TV and OTT.

Cannonball, on the other hand, provides consumers with a unified and graphical viewing experience for shows and movies across linear TV and OTT. The USP that’s made 18th Parallel different here is its software ability to provide an Android console gaming service with 100+ TV quality games, including network multiplayer games. A mobile companion app (available for both, iPhones and Android smartphones) provides a Smart Remote, Smart Gamepad, Personalized Screensaver, Media Share, Personalized Favorites, etc. add the plus to its service offering.

Bullish on his product’s future market, Nishith Shah says, “Cannonball has already evolved from an Android console gaming platform to an end-to-end Android TV software platform for a unified UX across linear TV, OTT, and interactive services. It will continue to innovate and evolve to not just adapt to the changing industry needs but to stay ahead in the game. Smart Android set-top-boxes (STBs) powered by Cannonball, 18th Parallel’s market-leading unified TV+OTT software platform, are revolutionizing the Entertainment industry. Large national TV operators such as Airtel, DEN Networks, and OTT video providers such as Vuclip are already customers of 18th Parallel and are deploying Cannonball powered Android STBs and multiple other operators are in the process of signing up.”

Some of the biggest TV operators such as Airtel, DEN Networks, SITI, etc. are currently working with 18th Parallel to deploy Cannonball-powered Android STBs across their large and wide-spread networks of subscribers. The company is currently in various stages of evaluation with other cable and DTH operators, nationally, as well as in Europe, Africa, and in the APAC region to deploy Cannonball on their Android set-top-boxes.

Well! When it is a known fact that Android-based STBs are going to have a great demand, it only means that 18th Parallel will stay ahead in this segment to continuously integrate its software to key OTT players’ STBs. Today, Cannonball has users in over 250 cities, towns, and villages across India, with numbers not surprisingly limiting to urban areas alone.

As the OTT/video streaming/gaming markets are witnessing an incremental growth 18th Parallel is parallelly aligning the company’s products in line with the growth.

Adding some information on the company’s revenue generation model, Shah says, “The software platform is licensed on a recurring royalty basis to the TV operator and the gaming service that includes commercially licensed game content is offered on a revenue-sharing basis with the TV operator.”

18th Parallel has raised angel funding from investors such as Kiran Deshpande, former CEO of Tech Mahindra, and Ravi Nigam, Managing Director at Tasty Bite Eatables Ltd. The amount, however, was not mentioned by Shah.

As the OTT/video streaming/gaming markets are witnessing an incremental growth 18th Parallel is parallelly aligning the company’s products in line with the growth. Shah is watching this market at close quarters and comments in this relation. “All the three markets are going to witness phenomenal growth in the coming years. OTT services are already seeing a phenomenal rise. While they may be primarily consumed on mobile today, in the near future, all of these OTT services will eventually make their way to the television screen via cable and DTH TV operator set-top-boxes and viewers will consume them no differently than they do regular TV channels today.”

Shah underpins connectivity as a critical factor for 18th Parallel’s offering. Since 5G is on the way, the spectrum or any similar technology advancement that boosts connectivity will only be a boon to 18th Parallel and Shah knows it for sure that his Cannonball will leave a long-term positive effect in the television world.