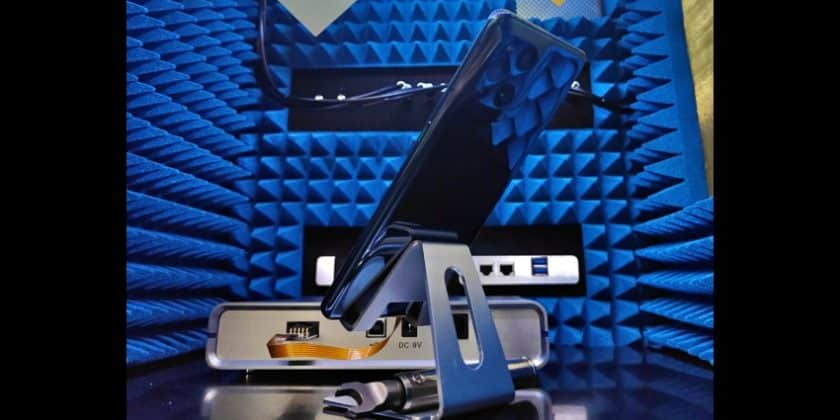 Henry Duan, Vice President and President of Smartphones, OPPO,  said that they were “proud to be the only mobile device provider to participate in the commercialization of Europe’s first 5G SA network”. He added that the smartphone maker fulfilled “our commitment as a company to bring cutting-edge technology to our customers”.

Furthermore, he called the company “a pioneer in 5G”. Henry Duan also reaffirmed OPPO’s commitment to work with industry leaders to increase access to 5G.

Notably, within this month, OPPO will release an update to its Find X3 smartphones to activate SA support.

Why is 5G SA Important?

This commercialization of 5G SA network in Europe is a milestone in 5G in the region. Interestingly, 5G SA is a more complete form of 5G, being the architecture to which all 5G networks will eventually conform. Moreover, theoretically, 5G SA’s latency can go as low as 1ms. This latency will mark a huge leap forward over current non-standalone (NSA) 5G at around 20ms.

This improvement will also unleash the full potential of 5G, fostering a wide range of innovative 5G applications in the near future. Moreover, 5G SA will support network slicing. Basically, it will allow telcos to provide “slices” of their networks for specific use cases.

The first cities to receive 5G SA coverage in Europe are Düsseldorf, Münster, and Leipzig. People who own an OPPO device set to receive the aforementioned update can enjoy the benefits of the network.

As such, OPPO worked with Vodafone Germany, Qualcomm, and Ericsson to test the 5G SA network. The three entities did so at a number of places in the cities mentioned previously. Notably, this testing first began in November 2020.

During the process, Ericsson provided products and solutions from its Ericsson Radio System portfolio and its cloud native 5G Core. This allowed Vodafone to build 5G SA networks in Germany. The network was then tested with OPPO’s recently launched Find X3.  Notably, this smartphone runs on the Qualcomm Snapdragon 888 5G mobile platform. The processor allows for 5G connectivity in the device. Also, this development made Oppo the first phonemaker to utilize the 5G SA network in Europe.

Interestingly, Oppo was the first company to launch a 5G NSA-compatible smartphone in Oppo Reno 5G, in 2019.

Comments from the People Involved

Vodafone Germany’s CTO Gerhard Mack noted that the telco’s “3.5GHz range 5G network is now completely independent of LTE technology”.  Highlighting the features of the network, he noted that “it is possible to achieve latency times of 10 to 15 ms”. He also said that this speed was as fast as the human nervous system.

Enrico Salvatori, senior vice president and president, Qualcomm Europe/MEA, Qualcomm Europe, Inc. said on the occasion that the chipmaker “is delighted to join OPPO, Vodafone and Ericsson in this pioneering work to bring a better 5G network to European customers”.  Furthermore, he noted that the development “is a significant milestone not only for Germany but for Europe”.

Speaking on the 5G SA, Salvatori said that it “is a key step in the 5G evolution and will bring new benefits to consumers and businesses alike”.

Why Europe for 5G SA?

Europe is a key market in OPPO’s global business. Moreover, the smartphone maker has a foothold in many national markets across the continent. The company has a market share in 14 different European countries, with Germany the latest addition.

Confident in the prospects of 5G in an age of intelligent connectivity, OPPO has long been working to accelerate the commercialization of 5G across Europe through continued innovation in technology, products ,and services, as well as close collaborations with global partners, including technology providers, telecom operators, research institutions and more. Last year, OPPO worked with Vodafone UK to showcase the first live standalone network in the UK.

As per the latest data released by TRAI, Reliance Jio and Vodafone topped 4G download…

Ericsson: 40 Million Indians Will Upgrade to 5G Within 1 Year of Launch

According to an Ericsson ConsumerLab report, as many as 300 million consumers worldwide could upgrade…

Ericsson to Pay €80 Million after Settling Claim with Nokia

Scandinavian telecom gear makers Ericsson and Nokia have reached a damages claim settlement. As per…