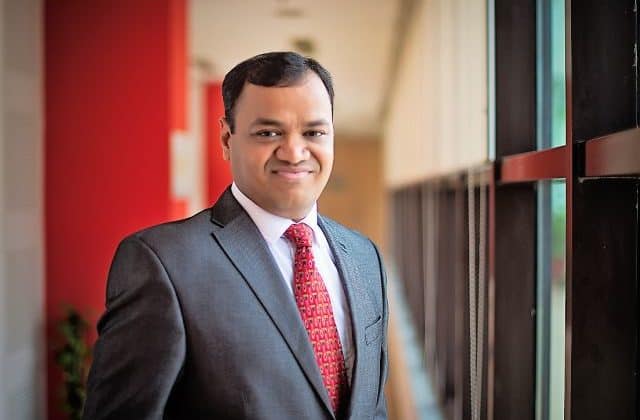 It is always interesting to get an insight into the growth projections of any market. Understanding India’s semiconductor market is one among them. The homegrown chip development industry has showcased strong capabilities for the last few years – harnessing native expertise and an upsurge of start-ups. According to IESA-Marketsandmarkets Report 2018, Indian semiconductor industry is expected to be worth $32.35 billion by 2025,  growing at a CAGR of 10.1%.

In a discussion with Sanjay Gupta, Vice President and India Country Manager, NXP, a lot about India’s semiconductor industry was unearthed. NXP is one of the world’s largest semiconductor manufacturers, with a strong presence in India. Our country is majorly the innovation hub for this company. NXP runs three design/R&D centers in India which innovate technologies for the world. There are more than 2000 employees placed at these Design Centers.

The bond between telecommunications and semiconductors in India

“The Indian semiconductor market offers high potential for industries such as mobile devices, telecommunication, IT and automobile among others. The market is expected to grow even further with the government’s National Electronics Policy 2019 that aims to position India as a global hub for Electronics System Design and Manufacturing,” opines Sanjay Gupta.

He further says, “With the upsurge of network-connected devices (or IoT devices) that demand intelligent and secure silicon foundation; we foresee huge potential – across industries such as: Healthcare, Transportation, Mobile payments, Automotive connectivity and infotainment.

Being one of the fastest growing economies, India has the most unique offering – its young and talented workforce.  Recently, with the government’s push towards ease of doing business, Gupta believes that India has also transformed into most preferred destination for R&D.

Gupta indicates that with the improvement of the education system and upskilling in various streams, the scenario has changed, and India has become a better place to work. This support is being strengthened further with the National Communications Policy that aims to attract $100 billion worth of investments and employment generation for over 4 million by 2022.

Taking NXP as an example by itself, Gupta says that India is one of the largest R&D locations for NXP. NXP’s team of researchers support and develop solutions to address many real-world challenges across IoT implementations, AI and ML, security and connectivity and automobile – from India.

Today, NXP India is among the biggest Design Centre in the world – with Noida R&D site being the 2nd largest in the world and Bangalore, closely following at 4th. NXP’s team in India has developed and incubated various hardware and software solutions for its global clients across various verticals such as automotive (connected cars), digital payments (NFC enabled), 5G (RF solutions), and more.

“Over the years, we have expanded our operations in India to emerge as a team of professional engineers working tirelessly to move up the value chain and become a vital part of the global network of design teams which forms the core of our business operations. We are developing cutting edge technology for an autonomous vehicle in the future using RADAR and Vision as key focus areas. In addition, a strong focus is on artificial intelligence/machine learning/deep learning for smart algorithm development for Autonomous Vehicle Brain. In the networking front, NXP’s strong focus is on Analog Front End for 5G enablement,” says Gupta.

“For our IOT portfolio, we have decades-long investment and expertise in security and provide a range of ICs for smart cards, tags, labels, and readers featuring many coprocessors, security, memory and interface options. NXP is also number one automotive supplier in India with over 80% of the cars in India use NXP chip for RFID key,” informs Gupta.

By 2025, there will be 975 million Internet and broadband users: Sanjay Kaul, Cisco

Insights from TRAI’s Latest Data: Who Won and Who Lost?

On Friday, TRAI released its monthly data for the telecom sector. The data concerned itself…