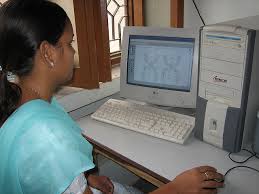 NEW DELHI: In what could be another blow to the broadband dreams of millions, the deadline for rolling out national optical fiber network (NOFN) across all 2.5 lakh village panchayats has been extended by two years by 2018, according to sources close to the government.

The national Optical Fibre Network (NOFN), which will play a crucial role in government’s Digital India program, was initiated in 2011 with an aim to provide broadband connectivity to over two lakh (200,000) gram panchayats of India at a cost of Rs 20,000 crore ($4 billion). But inordinate delays has already taken a toll on the project, leading to cost overrun of 75%.

The project was earlier estimated to be completed by 2013 but missed the deadline and now it was projected to complete by 2016.

By March 31, 2015, it had covered about 20,000 villages. Once implemented properly, it would help the government to provide e-services and e-applications nationally.

A special purpose vehicle Bharat Broadband Network Limited (BBNL) was formed as a Public Sector Undertaking (PSU) under the Companies Act of 1956 for the execution of the project. BBNL is executing the project through three PSUs — BSNL, RailTel and PGCIL — in the ratio of 70:15:15

The project is funded by the Universal Service Obligation Fund (USOF).

Indian Railways to migrate to E-office system at the earliest