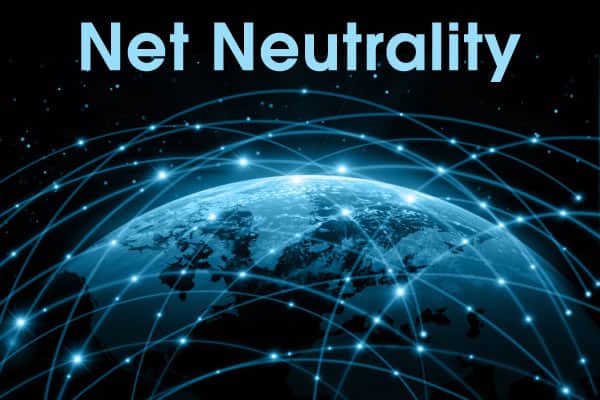 “We want Net Neutrality”. “Net Neutrality must prevail”. “End ISP Monopoly, enforce Net Neutrality”. If you haven’t been hearing these statements in past few days, probably you have been living under a rock. It has become most trending topic on social media, news debates, radio and print media.

The term Net Neutrality (NN) was coined by Columbia University law Professor Tim Wu in 2002. There is no universal definition of NN. Roughly, in principle it means – no blocking, no throttling and no paid prioritization (or no fast lanes) for any sort of Internet traffic. FCC Bright Line rules on Broadband Internet also reflect the same.

Asking someone their position on NN equates to asking opinion on equality or justice. NN principles unquestionably must be endorsed by one and all and should be strictly enforced. It is key to fostering innovation and preserving open Internet, free from undue manipulations. But are there some other important considerations that can bring benefit to consumers, without violating NN, which are getting drowned in the NN debates deliberately or otherwise?

Any decision making on the subject would require taking Indian context into consideration. Within the bounds of reasonableness, are there ways India can provide Internet access to its citizens in general, and deprived sections in particular, through new and innovative business models without violating NN? It is in this context that have to be analyzed, and compared to similar models in other areas of services to consumers.

It’s a practice that involves ISPs, through a prior arrangement with specific content providers, allowing customers to access particular online content or services at no additional cost. To put it simply, Over the Top (OTT) content, e-commerce etc. companies pay ISP for consumer visit to their website and applications, on their behalf.
Countless companies have been providing free access for services such as search, email, news, maps, selling of goods etc. without any additional cost to users. They’ve built business models to make money through advertisements and by monetizing personal information of consumers. This shift in balance has happened due to dynamic nature of businesses, whereby consumers have become product. ZR is essentially a marketing product, not a technology innovation.
Some countries have passed laws that enforce NN and ban ZR (Chile, Norway, Netherlands, Japan, Finalnd etc.), while some have laws that enforce NN but haven’t abolished ZR (Brazil, US, UK, France, South Korea etc.).

Now let’s review ZR dispassionately in the light of above to see whether if it violates NN. If we accept above definition of NN, ZR prima facie doesn’t violate NN. So, NN and ZR can co-exist. But some argue otherwise. So are DTH service providers offering bouquets or bundles of channels at different rates violating broadcast neutrality? Do the apps that come pre-loaded in your handset violation of mobile neutrality? Are the ‘advertorials’ in print media violation of media neutrality?

A better analogy to describe ZR, than toll-free calls or electricity charging, would be that of few real estate companies arranging free pickup and drop or paying conveyance to consumers or toll charges directly to authorities on behalf of consumer to visit to their facility.

Providing such facility is part of marketing strategy – some builders choose to offer this service, while others not. But is this anti-competition, or does it violate neutrality of any sort? Of course, information and apartments do not equate. Users aren’t forced to buy apartments by the real estate companies who invest more in reaching out to consumers.

Facilitation brings no obligations – ultimately consumers will make choices that satisfy their criteria. Internet access to a website is a way to reach product/ content/ service that a consumer is looking for, not a product in itself. So extrapolating the discussion to assume that an individual will consume a product from a ZR site/ application, even if it costs more than what is listed on a website/ application that is not on ZR platform, challenges consumer’s wisdom. With aplenty choices available for consumers, organizations must constantly innovate for good. This sometimes give rise to disruptive business models, like offering services for free that were otherwise paid. A lot of free apps have made paid app business almost insignificant. Wikipedia, the free encyclopedia, has led to closure of many encyclopedias whose services were otherwise paid. Is that anti-competition? Do applications that credit your mobile wallet, for downloading and using the app, anti-competition?

Consumers are being drawn in the battle between large established players vs young startups. To put things in perspective, some players are ready to support Internet use by consumers, while others, mostly startups, do not want to budget this cost as they complain are already leaking cash.

So are consumers who are willing to pay for Internet services, that can be made incrementally free using ZR plans, indirectly funding and supporting (with no shareholding) the Internet startup community? Startups spend aplenty on marketing budgets because of associated high cost to gain visibility – perhaps budgeting ZR expenses over celebrity endorsements and media advertisement would lead to cheaper and more Internet access and direct consumer relationship, and maybe more visibility. ZR could be an innovative market driven solution- where companies invest to reach to customers for business opportunities.

Proponents of ZR and subsidized Internet access argue that it offers consumers more choice and flexibility; introducing access and ‘relevant’ content to low-income communities; acts as a tool to bridge digital divide between have and have not’s; offers consumer more choices.

Those against ZR argue that it resembles a monopoly, as every content provider will be forced to sign ZR deals just to maintain viability; creates an artificial hurdle to enter new markets; increases cost; levels the playing field; abuse may lead to dampening long-term competition; could create lock-in effect and raises fear of Telecom Big Brother.Some argue that ISPs can start charging more for Internet services if their revenues are drying up, rather than getting into ZR game.

Many challenges that are perceivable with ZR are solvable. Prof. Vishal Mishra, Computer Science Department of Columbia University says, with ZR bandwidth usage will strictly increase and burden the already scarce spectrum even more. This might not hold true if the ZR access uses regular Internet plan as base and its use is bundled– bandwidth for regular plan shall include ZR bandwidth. And quota limits of regular plan can be applied to ZR plans. That is to say that in the existing Internet Plan, access to ZR sites won’t be capped to the use limit. As more and more companies will offer ZR plans, Internet access plans will get cheaper.

But then there are other complex questions that need to be thought of: How to avoid potential abuse and conflict of interest by ISPs given they have started to offer services that compete with those offered by content providers? How would non-commercial sites and app continue to remain relevant? Does ZR access in near future lead to increased data consumption, or ZR users continue to use it until available, and decide to get-off Internet once ZR plan is pulled off? There is very little data currently available to support or refute claims on this. Would ZR stifle innovation and lead to irreparable damage to open Internet? How would ZR figure in IoT & M2M interactions over the Internet? ZR could be regulated, with all such issues thoroughly debated.

There are other related important issues that also need discussion. TRAI consultation paper titles ‘Framework for Regulating OTTs’ asks should OTT services be licensed, like ISPs? How can Indian apps be promoted? How security and privacy concerns be addressed, in national and consumer interest? Do we, as consumers, have any clue on why a music streaming or an e-commerce application needs permission to access to your messages and contact? And what happens to that data? We are in dire need to implement comprehensive privacy law that will elevate privacy protection, raise awareness and guarantee consumer protection against violation.

Hon’ble PM Modi at NASSCOM 25 years celebration event said “IT में जहां हम पहुंचे हैं, उसका प्रमुख कारण, जो मुझे लगता है कि इसमें सरकार कहीं नहीं है|” thereby implying significance of minimum government intervention for prosperity and innovation. Given the unparalleled role of Internet in our lives, all efforts should be concentrated to make Internet cheaper, better, more accessible, and eventually free. ‘Digital India’ mission can only be realized if more people get online. Given the importance of Internet, everyone having free Internet access with reasonable bandwidth would be utopian. Allowing free market forces to evolve into a near perfect competition, with regulatory check on anti-competition practices and cartelization should be the way forward

The author is Senior Consultant, Data Security Council of India.

As per the latest data released by TRAI, Reliance Jio and Vodafone topped 4G download…