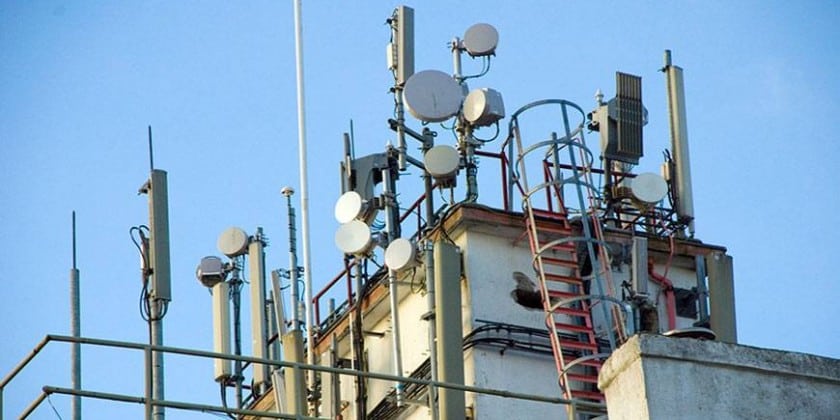 The highly mismanaged spectrum licensing in India has been a key concern for industry stakeholders and telecom ser-vice providers (TSPs) also often complain that as they have purchased spectrum by forking out a lot of monies, allowing OTT players to freely ride their networks is not justified.

Even the point mentioned in the consultation papers of TRAI under ‘Challenges posed by OTT service’, states that “The contention of the TSPs is that they have invested in building the infrastructure (capital costs) and incurred other costs associated with operation of the network (cost of spectrum, License Fee, Spectrum Usage Charge etc.) and the OTT players are freely riding on their networks.”

But according to IAMAI, this is a misnomer as TSPs are already fully compensated by end- user consumers for access to the broader Internet.

TSPs should not charge Internet application and content providers in order to reach end-users and imposing additional charges on Internet services will hamper innovation and consumer choice.

IAMAI says that if TSPs are allowed to charge more for apps based communications, they would soon have, for example, increased pricing for ecommerce or social media, which would set in a new trend, which would be counterproductive to the concept of free and fair access to the internet.

It will also truncate the Internet and make innovations skewed. The important issue here is not that internet platforms and services are the free riders but is in fact the heavy cost of spectrum.

The TSPs in India have been bearing the burden of expensive spectrum cost is not an issue between TSPs and the content providers but between the TSPs and the Government. Every single analyst report today suggests that spectrum cost in India is one of the highest in the world and the latest report from the top credit rating agency say that this heavy spectrum cost is directly proportional to the cost of internet. And this increase in the cost of spectrum is ultimately passed on to the consumers and which makes internet unafforda-ble to large part of consumers.

The National Telecom Policy (NTP), 2012, which emphasizes on broadband-on-demand and empowering the common man through ICT, by setting such high spectrum price completely averts the vision laid down in it and will be highly unfa-vorable to Digital India initiative such as broadband penetration in 2.5 lakh villages, 100 smart cities, e-kranti etc, which would require rational spectrum management.

According to the International Telecommunication Union, ITU, almost 60% of spectrum assigned remains unallocated. The bands such as 2100 MHz, 700 MHz and 2.5GHz were not fully allocated and other bands too were partially allocated to the telcos, which leads to a non allocation of nearly 61% of spectrum specified. The restriction in the release of spectrum bands and the increased cost per MHz impact the net license fees of the government.

As per ITU, the cost of an entry-level broadband plan in India is equivalent to 5.5% of an Indian’s per capita income which is high in comparison to a similar plan that accounts for 0.5-0.8 % of per capita income in countries such as Singa-pore, the US and the UK and even Sri Lanka (2.9%) and Malaysia (3.2%).

This high wireless bandwidth cost is directly proportional to the exuberant spectrum reserve price per unit and its low or controlled availability is adding to the supply crunch.

The increased demand for, and limited supply of spectrum as controlled by the government to keep spectrum prices high under the guise of maximizing public good is a narrow and short-term policy under the false assumption that it would be maximizing societal welfare.

Credit rating agency Fitch also states that “heavily priced spectrum will exert pressure on telcos’ balance sheets and cash flow, and limit their ability to invest in capex over the medium term”. In other words, expansion will be curbed by spec-trum charges. India’s spectrum pricing on an average is 25 times costlier than the countries such as–US, France, Singapore, Germany, Spain and Sweden.

The telcos’ issue on lacking sufficient funds to feasibly invest in the infrastructure is due to heavy spectrum cost and not due to internet platforms and services.

These short-term goals of maximizing revenue from a public good for governments seeking means to reduce their budg-et deficits are actually harmful to society. Such policies will hamper the Optic Fibre Network rollout and the required infrastructure development thereby reducing the sector’s massive ability to contribute to GDP growth and employment.

This also affects the Net Neutrality leading to blocking and throttling of data services by the TSPs and ISPs as a conse-quence.

Hence, it is the need of the hour to keep the spectrum prices justifiably low, allocate the several unutilized bands to expedite the rural broadband, which would significantly help in faster proliferation of broadband in the coun-try. Experts have suggested various ways in which a conducive and balanced environment can be created so that the TSPs are able to invest in network infrastructure.

Some of the most important ways suggested by a large cross section of industry and experts have been a) lower spec-trum cost, b) improved design of auctions, c) easier roll out norms and d) clearer rights of way for TSPs and e) government support for rural expansion of TSPs.

So, improved investment in networks is primarily dependent on the Government outlook towards the TSPs rather than on the relationship between TSPs and the internet platforms and services companies.