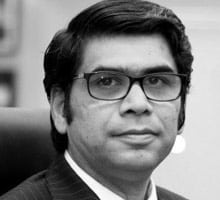 NEW DELHI: Prashant Singhal, Telecom Lead, Ernst&Young, has said that consumer hardly understands net neutrality, it’s more of a debate between telco, regulator and OTT players. The raging debate and Flipkart pulling out from the Airtel Zero platform will create a lot of confusion in the minds of the consumers and as a result, that would affect Digital India plan of the government.

He said: Net neutrality is having an equal access to the consumers on anything that they want to get on the net and if you start charging your customer differentially for a service then it’s not net neutrality that is really against the principle of net neutrality.

The moot point really is that there should be an equal access which should be provided to the customers. In the current situation the way this debate is raging, I think people are going all over it and sponsored data anyway is not affecting net neutrality.

For certain sites, the consumer is not paying but the site owner is paying and there is nothing to do with net neutrality. This is like you get some applications for free and some come with a price.

For example, if you download a movie from Netflix, there is no charge you pay to the data service provider because he gets a share from Netflix if you download the same movie through Youtube then you need to pay for the data usage. This is nothing to do with the pricing model, neither it’s restricting the access of the consumers from any site. From a telco perspective, it’s not differentiating between A, B, and C customer.

I don’t think consumer understands net neutrality. It is more of a debate between telco, regulator and OTT players. Consumers have an access to the net, they get higher speed, they pay for it, if lesser speed they pay for it.

From India perspective, it’s not good as we have to drive data usage. At one hand, we are saying we want to become smart cities, connected India and now by having sponsored data you can get connected India and in a way businesses are luring them which is gonna drive the net. But on the other hand, all theses controversies are discouraging the data usage. Flipkart moving out from the Airtel Zero platform and other controversies would create a lot of confusion in the minds of consumers and would affect the Digital India plans.