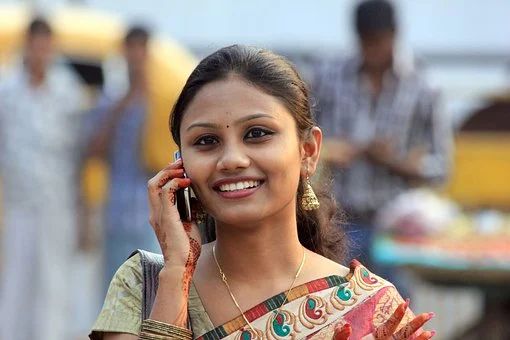 If 2020 is defined by the pandemic, our response to it has been enabled, driven, and sometimes limited by, telecom and the services that ride it. 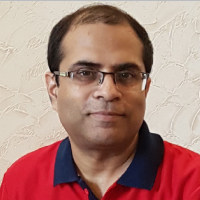 As I write this, 25 years to the day after India’s first mobile call made by then Bengal Chief Minister Jyoti Basu, I realize I’ve gradually gotten acclimatized to a year that will be remembered and discussed a century later.

Amid the worst pandemic of our lives, the world as we know it has come to a stop – or a long pause. Offices are shut, our mass transit metros, cars, ships, and most trains and planes, are idling, some rusting.

In this extraordinary period, five things stand out for me, all of them connected by a thread that started 25 years ago.

One, the world is working from home. Well, some of it, anyway, a privileged minority. At my home, the typical day sees three two-way video sessions and an HD or 4K streaming TV session on. I’ve just upgraded my Airtel 100 Mbps fiber link to 200 Mbps, and now I’m getting amazing offers to move to 1 Gbps JioFiber. I’ve also moved to a mesh network to get stable WiFi everywhere, and noted that the devices reached me with the now-mandated sticker, “Country of Origin: China.” I’ve had to ensure working backup power so there’s no downtime. But this is nothing compared to what India’s USD 191 billion IT-BPM industry had to do to suddenly move to work from home, enabling most of its million-odd tech workers with stable, secure connectivity, and convincing clients that their data was secure. But first, the industry had to convince to DoT to let it work from home, and a reluctant DoT allowed relaxation in its OSP license conditions but demanding that all agents use VPNs, with draconian penalties for violations.

Two, my daughter is studying online. My driver’s son is not, like over 1.5 million other school kids in Delhi alone. This exposes a stark digital divide in our society, between kids who have dedicated devices and fast internet access, and those who don’t – and schools that can do online classes and those that can’t. My school alumni batch struggled to identify a Rs 25k-laptop (we finally managed a pilot AMD-based HP unit at Rs 28k) and are trying to raise funds for laptops for 34 other kids we sponsor at our alma mater in Delhi. Another batch from the same school has donated 100 tablets. Yet most of the kids don’t have their own space to study in. Many kids are in one-room homes where parents are struggling with loss of income, and are cutting back on meals. And all this leaves tens of millions of kids in India offline, wasting a year, while kids in richer homes move ahead. India has nearly 300 million kids in 1.4 million schools and 51,000 colleges. Can we get devices to all the kids, along with 4G connectivity, within this lockdown year? Probably not.

Three, not everyone can work from home, and of India’s 450 million migrants, some 50 to 100 million lost their jobs and attempted a very difficult journey home, many on foot, when the lockdown was announced abruptly with a few hours’ warning. Working with or fundraising for migrant support groups, I realized how difficult it was to even identify those migrants and send them money. The government says it sent some money by direct benefit transfer into the Jan-Dhan accounts of 330 million poor, and that is amazing, but sadly migrants who walked hundreds of miles home couldn’t access that money then. We need a digital revolution to get them to be able to get to their own money anytime and spend it digitally without needing an ATM. That is work in progress, but it’s centered around the smart, connected mobile device that half our adult population carries. We need to get that device and connectivity to the other half.

Four, India’s commerce has gone digital suddenly, well beyond just payments, something that didn’t really happen even after demonetization in 2016. Entire ecosystems are going contactless in 2020: commerce, delivery, bookings, dining. Imagine the challenges of measuring and ensuring the quality of service, something has done thus far only for the underlying mobile telecom network. Many techs and logistics innovations are driving all this, with startups and bigger players in the fray enabling MSMEs struggling to survive (and yes, some of those small businesses have died). Even kirana stores, traditionally resistant to tech and at loggerheads with GST, have had to adopt jugaad solutions like WhatApp groups and mobile wallets. And everyone’s trying to enable those kiranas – Amazon and Flipkart included. And significantly, Jio Mart. But Jio is another story.

And that is my story number five. Jio. The star of 2020. In the lockdown when companies were shrinking, retrenching or shutting shop, Reliance was raising money to go debt-free. From April to July, it raised USD 21 billion, or nearly Rs 153,000 crore, selling a total of 33% equity stake in Jio Platforms to Facebook (nearly 10%), Google (7.7%), Intel, Qualcomm, and a range of private equity and sovereign funds. From its 2016 entry into a crowded market of nine incumbents (which magically shrunk to three by 2019) Jio has had a remarkable ride. With its legacy-free 4G-LTE network, data-ravenous customer base, and amazing ability to move obstacles and competition out of the way, including its apparent influence on public policy, Jio has truly transformed internet adoption in India. Can it tech-enabled and transform the small business and kirana?

The mobile phone and 4G networks have transformed connectivity and empowered millions, but in 2020, they’ve helped aggravate the digital divide for 300 million students.

That mobile call 25 years ago was a small step on a journey that has changed our country in once-unimaginable ways, from its economy to its politics. The mobile phone and 4G networks have helped replace dozens of our old tools and brought information, services, banking and payments, education, even healthcare to those who can pay. Telecom-powered services and platforms have brought information closer to citizens, but they’ve also helped flood them with news that is confusing, misleading, and often fake. They’ve transformed connectivity and empowered millions, but in 2020, they’ve helped aggravate the digital divide for 300 million students.

As we step into the next 25 years, the first five years will see over a billion Indians becoming 4G smartphone owners. And maybe 5G, a technology set to be transformative in as big away as the first mobile phone was a quarter-century ago. As we go there, the telecom industry and the powerful platforms that will ride on it, have their work cut out. So do their regulators – not merely DoT but myriad others including the Competition Commission, sectoral regulators like the RBI, and others yet to be formed: the Data Protection Authority, the Non-Personal Data Authority. The words from the US Congressional hearings where Big Tech was grilled might right a bell in India too: “We can have democracy in this country, or we can have great wealth concentrated in the hands of a few, but we can’t have both.”

The transformation of the world’s largest democracy into a thriving, egalitarian society and global economic powerhouse is work in progress: we haven’t reached base camp yet, and the peak is far away. And some the real heavy lifting has to be done by the telecom industry.

The author Prasanto K Roy, a public policy consultant, and tech columnist was chief editor for Voice&Data and other CyberMedia publications for over a decade

Posted by: VoicenData Bureau
View more posts
Mobility: After 25 Years 0 out of 5 based on 0 ratings. 0 user reviews.
A mind-blowing roller-coaster
A first in the country, Tamil Nadu unveils policies on Blockchain, cybersecurity and AI

There has been a lot of talk around 5G. It is the balance with data…