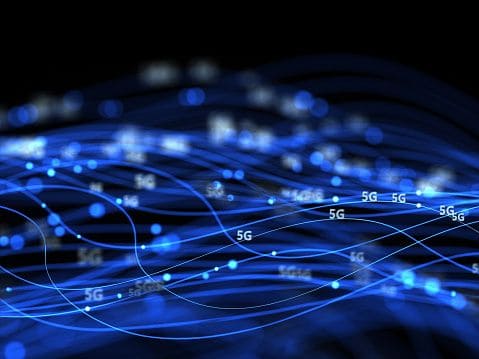 It is believed that the manufacturing sector is set to benefit the most from 5G applications (accounting for 20% of the total benefit), followed by retail (12%) and ICT (11%). The healthcare sector will also benefit greatly from mmWave-enabled 5G, with an impact of approximately $4 billion, finds GSMA in a report that it recently on mmWave benefits for India in association with COAI and GSA.

But to make the most of this opportunity, access to millimeterWave (mmWave) spectrum is very important.

GSMA indicates that mmWave spectrum in particular, here, will play a crucial role in enabling the high-speed and ultra-low-latency features required by many 5G applications. India, therefore, is expected to benefit significantly from the mmWave-enabled 5G.

Manoj Misra, Senior Public Policy Director, GSMA, India asserts that “In order for India to realize socio-economic benefits and foster the adoption of the most technologically advanced 5G use cases, the government should make the spectrum release timeline available to industry stakeholders as soon as possible.”

The importance of how mmWave spectrum for 5G can help transform India is highlighted in this new report from the GSMA entitled “The Impact of mmWave 5G in India.” It was launched during a GSMA-GSA-COAI virtual event focusing on this important topic by Guest of Honor K. Ramchand, Member, DoT and Keynote Speaker U K Srivastava, Sr DDG, TEC.

The economic impact of 5G on GDP

A recent econometric study by GSMA Intelligence, based on the most comprehensive dataset used to date and covering the rollouts of 2G, 3G and 4G globally, found that, on average, a 10% increase in mobile adoption increased GDP by 1%.

The assumption underpinning the overall 5G benefit is that the transition to 5G in India will deliver macroeconomic impacts on GDP of a similar magnitude to those delivered by the transition from 3G to 4G.

Moreover, the study found that the economic impact of mobile adoption increases by approximately 15% when connections are upgraded from 2G to 3G; and by approximately 15% when connections transition from 3G to 4G. The assumption underpinning the overall 5G benefit is that the transition to 5G in India will deliver macroeconomic impacts on GDP of a similar magnitude to those delivered
by the transition from 3G to 4G.

Approximately $150 billion in additional GDP is anticipated for India over the period 2025–2040, according to the report which was authored by GSMA Intelligence.

Bands to be explored

Notably, India stands to benefit significantly from mmWave-enabled 5G using bands such as 26 GHz and 28 GHz. Approximately $150 billion in additional GDP is anticipated for India over the period 2025–2040, according to the report which was authored by GSMA Intelligence.

Most of the opportunities mmWave-enabled 5G offer largely depend on how and when the spectrum is made available.  The new GSA report “Technical Report mmWave bands for 5G – India” focuses on this aspect, considering the vision and targets set by the National Digital Communication Policy (NDCP-2018) and 5G High Level Forum (5G HLF). It too was launched at the event.

“It was after a great effort and support from DoT during WRC-19 that mmWave spectrum has been identified for 5G. The mmWave bands have also been identified by 5G HLF as primary 5G bands and these are also imperative to achieve targets specified in NDCP-2018. Early availability of mmWave spectrum for 5G in India will also drive much-needed investments in this sector, as this spectrum will be extremely useful for driving the Digital India program being an enabler across sectors of the economy including Industrial IoT (huge capacity & new services). We are confident that these reports will help the Government in its understanding in making mmWave available in a timely manner for deployment of 5G networks and services,” said Lt. Gen Dr. SP Kochhar, Director General at COAI during his opening remarks.

The report also recommends that India should formalize its NFAP and announce its time-plan for 5G mmWave implementation as soon as possible to give visibility to stakeholders and future plans of operators and vertical industry relying on mmWave spectrum bands.

We encourage the government to consider these bands for immediate inclusion in NFAP and announce the auction road map for these mmWave bands…..Jitendra Singh, Head, GSA

Commenting about the report’s findings, Jitendra Singh, Head, GSA, said, “Access to a broad range of spectrum resources is one of the main growth drivers for the deployment of mobile broadband, IoT, and fixed wireless access services; conversely spectrum can also be a limiting factor for the expansion of services into new markets and industries. In India, where we’re seeing fast adoption of smartphone and mobile devices, requires a high volume of spectrum, not only to connect, but also to serve Indian population with the required data rate to leverage the full potential of the digital economy. Timely access to harmonized and sufficient quantity of spectrum is key to maximizing the fulfillment of societal and digital goals envisioned in its National Digital Communication Policy. As our report clearly demonstrates, there are no technical co-existence issues of 5G with any of the space services in India and sufficient protection margins are available for opening up both 26 and 28 GHz bands immediately for rolling out 5G in these mmWave bands. We encourage government to consider these bands for immediate inclusion in NFAP and announce the auction road map for these mmWave bands.”