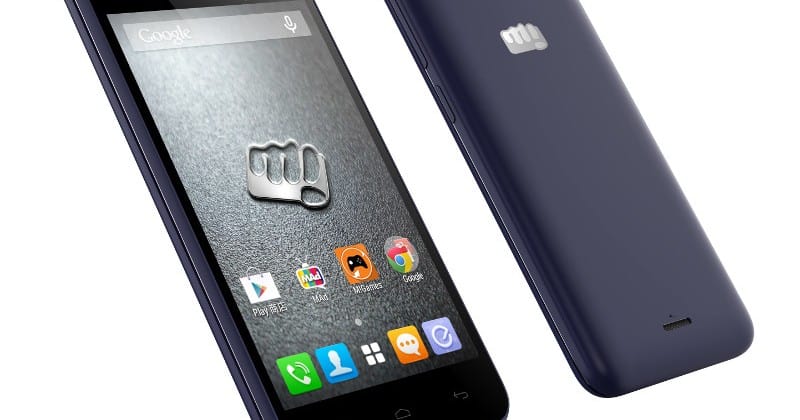 Once the leader of the India mobile market, Micromax’s most recent foray in smartphones was in the affordable, entry-level smartphone segment. The market scenario and tech dynamics have since changed completely. For Micromax to succeed with its plans to introduce three new smartphones, it should focus on packing it with the latest technological specs, to be viable in a hyper-competitive market.

In the wake of the strong anti-China sentiments on the ground, Micromax has announced its foray back in the smartphone market with three new handsets in the sub INR 10,000 price band.

Micromax was a leading smartphone brand commanding 16% market share at its peak in 2015. The entry of Chinese smartphone brands, such as Xiaomi, OPPO, and vivo with leading tech specs saw Micromax and other homegrown market players lose their market share. The inability to innovate swiftly led to their downfall. As a consequence, Indian players moved to segments with limited volatility in terms of tech innovation such as consumer appliances. In the wake of the strong anti-China sentiments on the ground, Micromax has announced its foray back in the smartphone market with three new handsets in the sub INR 10,000 price band. This price segment is dominated by the likes of Redmi Go, 8 and 8A, Realme 5i, C2 and C3, Vivo Y91i, Samsung Galaxy M10.

Micromax potentially stands to gain from the Government of India’s recently announced production linked incentive scheme totaling ₹40,000 crores. The scheme will provide incentives of 4-6% to five Indian companies establish large scale mobile manufacturing over a period of 5 years for manufacturing in India.

To be relevant and win in the hypercompetitive market conditions, Micromax must focus on with competitive specs with regards to other bands in this price point where most of the handsets have 6” or more display size. It must side-step sourcing from China and seek alternative sources for its components.

Finally, what makes a phone great is not just its specs, but its overall design language. The company has confirmed in its latest tweet that it has new handsets in the pipeline with premium features, “thoroughly modern look and budget-friendly.”

If Micromax can bring together competitive under the hood specs, along with design and looks, it can potentially fill the void which the Indian public is clamoring in recent days.

The India smartphone market has significant headroom for growth and space, especially in Tier III and IV cities, and there are consumer cohorts who can still relate to homegrown brands.

Anand Priya Singh is an analyst with the Industry Intelligence Group at CMR.