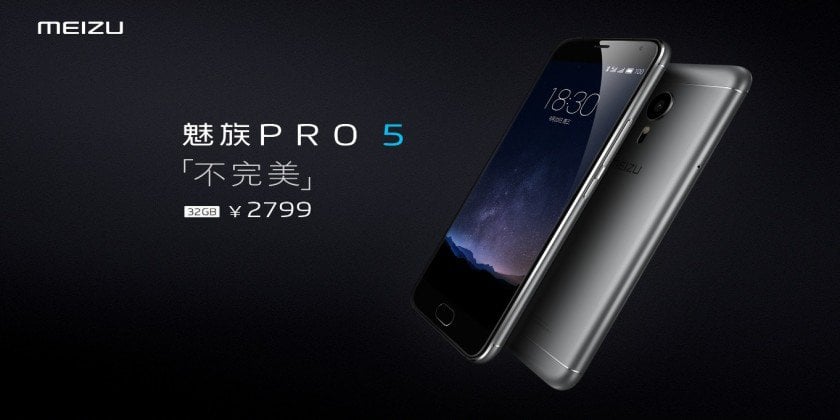 The handset features a 5.7-inch (1080×1920 pixels) Super Amoled display with Corning Gorilla Glass 3 for protection and 2.5D glass. The display sports a pixel density of 387ppi. Under the hood, the Pro 5 is backed by a Samsung Exynos 7420 octa-core processor (quad-core 2.1GHz Cortex-A57 + quad-core 1.5GHz Cortex-A53) coupled with Mali T760 MP8 GPU. The built-in storage can be expanded via microSD card (which can be placed instead of the second SIM).

Running Flyme 5 based on Android 5.1 Lollipop, the smartphone supports dual Nano-SIM cards and also supports 4G LTE on both the cards. The Pro 5 supports LTE Cat.6 standard offering download speeds of up to 300Mbps in the TDD LTE 4G frequency band.

The Pro 5 smartphone sports a 21.16-megapixel rear camera with a Sony IMX 230 CMOS sensor, f/2.2 aperture, and dual-tone flash. The rear camera comes with Blue glass filter and features burst mode, Panorama, and packs both phase detection autofocus focusing and laser focusing. There is a 5-megapixel front-facing camera also on board, with a f/2.0 aperture.

The handset is backed by 3050mAh battery and features mCharge 2.0 technology that claims to offer up to 65 percent charge in just 30 minutes. The phone is packed with USB Type-C port. It measures 156.7x78x7.5mm and weighs 168 grams.